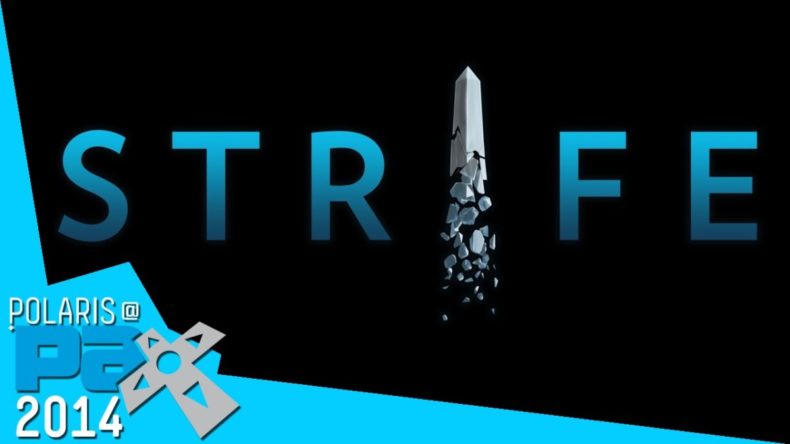 The new MOBA Strife is currently in Open Beta. Matt Dannevik of Polaris interviewed the S2 Games team recently on the PAX Prime floor.
Strife pits two teams of players against one another with the goal being to destroy the central structure of your opponents’ base. The game strives to reduce the toxicity of MOBAs by removing competition between players in a team. All team players share items and get credits for the win. Strife will also feature single player content which will be entirely free.
Here’s some gameplay footage IGN posted:

For more information on the MOBA Strife, visit the official Strife website.

New Strife MOBA Gameplay Footage
Be the first to comment!
Leave a reply »