New Photos From The Fear The Walking Dead Set 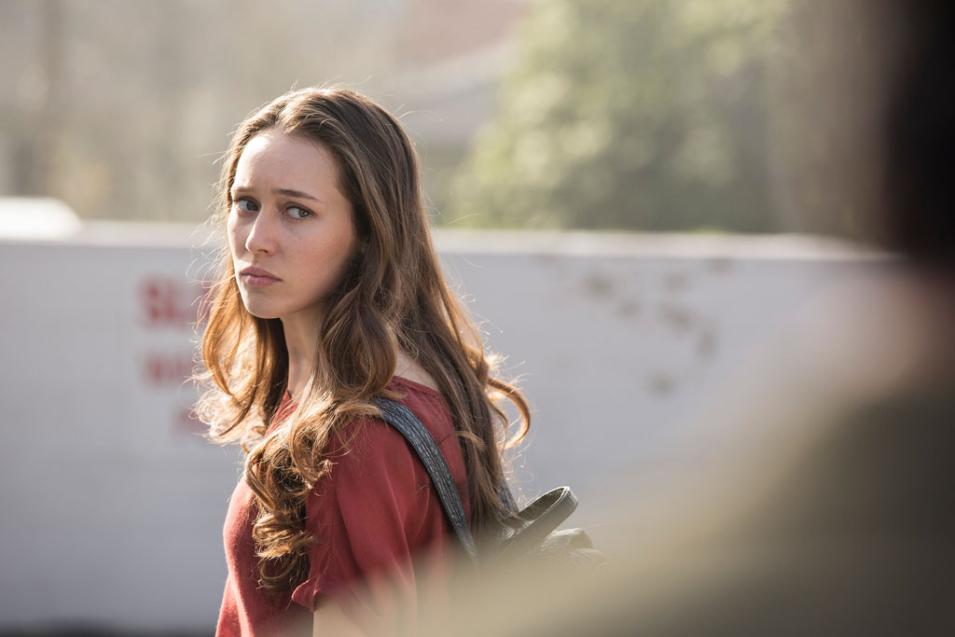 Yahoo TV has published a photo gallery of stills from the set of Fear The Walking Dead. Some of the photos have been released already, while others are new: 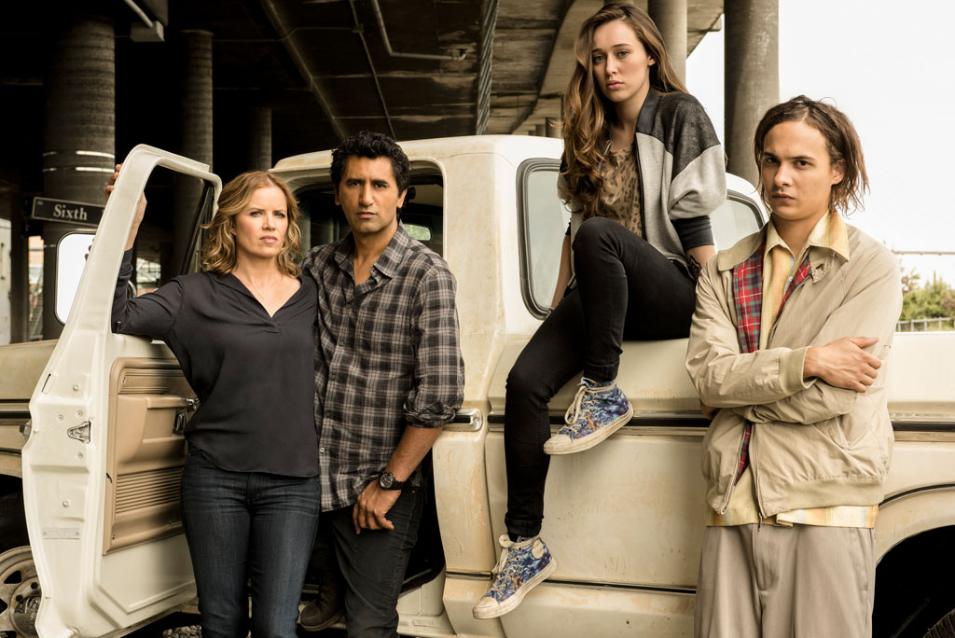 Here’s our main cast striking a pose on a pickup truck: Kim Dickens as Madison, Cliff Curtis as Travis, Alycia Debnam Carey as Alicia, and Frank Dillane as that guy who was running from a Walker with his pants falling off and his boxers flapping in the breeze of the street. 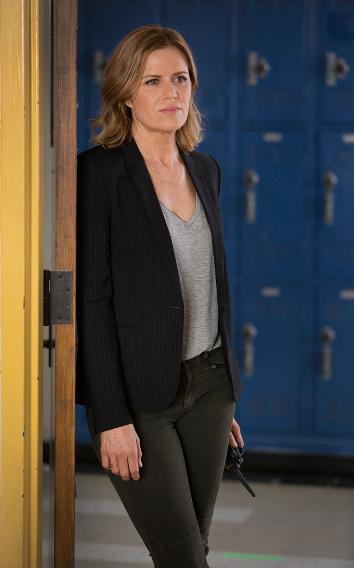 Madison brandishes a walkie-talkie like a switchblade. “Don’t think I won’t use this antenna, because I will.”

Alicia glances over her shoulder at somebody she doesn’t like. 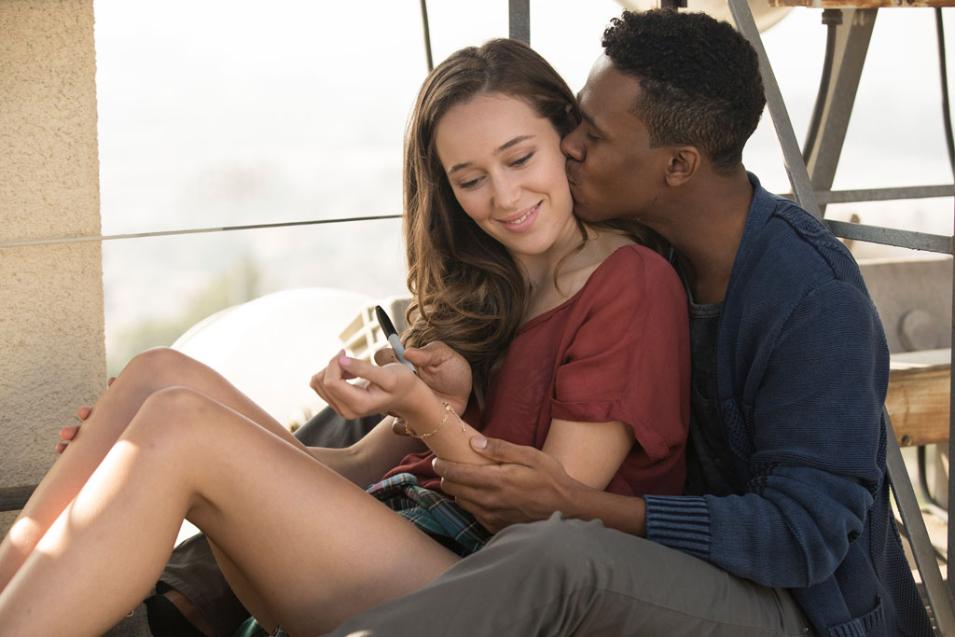 Alicia lounges on a stepladder with somebody she DOES like. 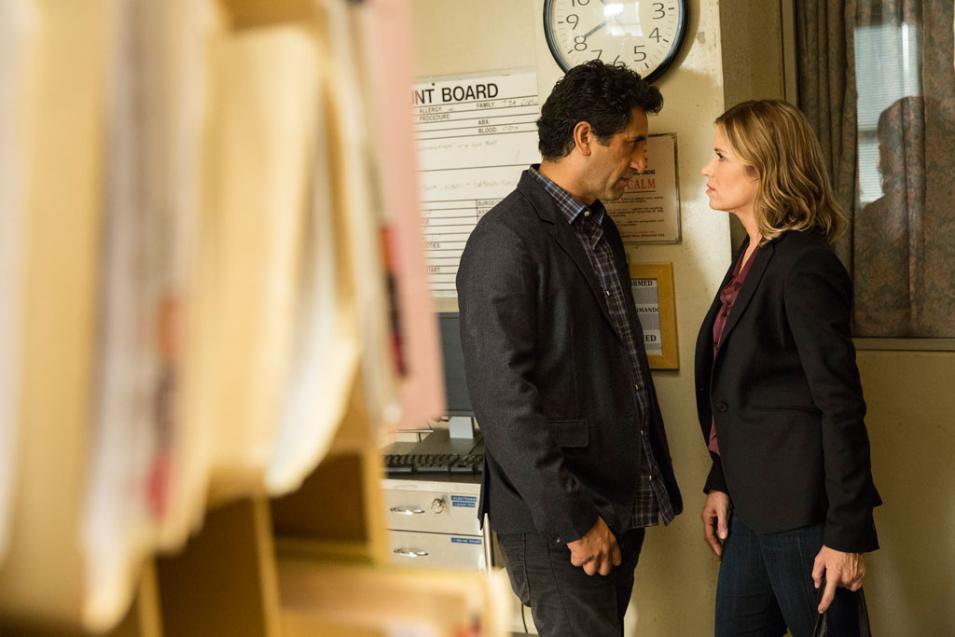 “….and so the body is at the bottom of the lake now; we’ll get our money Thursday.”
“..hey, I just heard something like a click; do you think anyone’s taking pictures of this?”
“No one ever goes near that file shelf; don’t worry.” 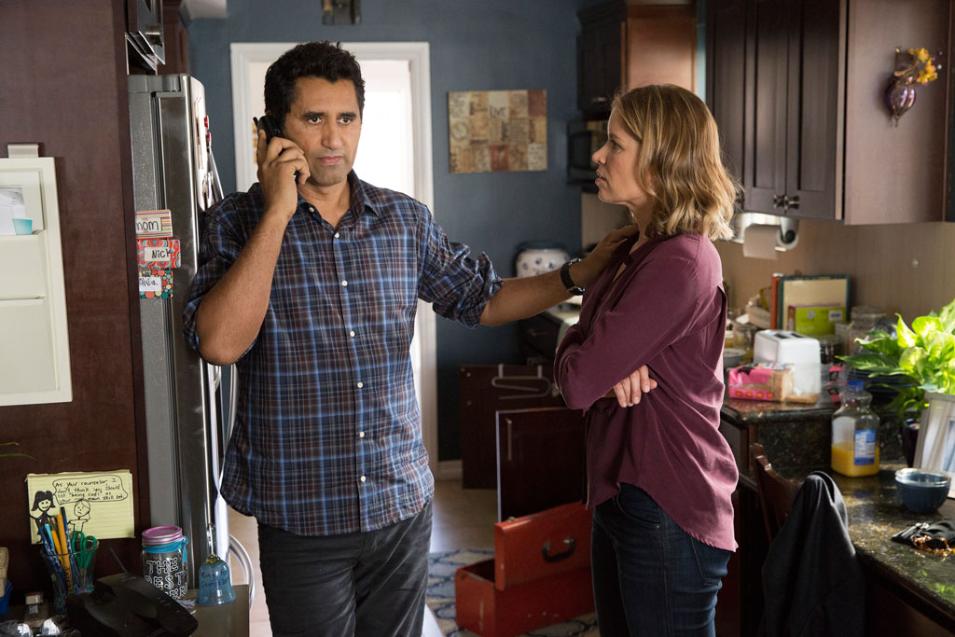 Travis pushes Madison out of the way as he answers an important phone call.

“Yes, I have a lifemate. Is that consequential?”
“Who are you calling at 0:300 hours?”
“Jake from Planet State Farm.”
“What are you wearing, ‘Jake From Planet State Farm’?”
“Uhhh….khakis.”
“Khakis. Explain.”
“They are a dull outer garment covering lower extremities.”
“Sounds most appropriate.”

Look for more photos soon. Fear The Walking Dead will premiere during some unspecified August day on AMC.