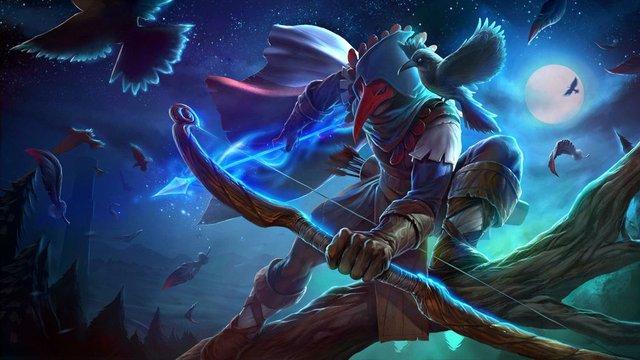 IGN released multiplayer gameplay footage from Strife, which is currently in Open Beta. Strife pits two teams of players against one another with the goal being to destroy the central structure of your opponents’ base.

PRESS RELEASE STRIFE, S2 GAMES’ NEW MOBA, ENTERS OPEN BETA Celebrating Worldwide Debut, Partnership with Curse Voice at PAX Prime Kalamazoo, MI –  August 29, 2014 – From PAX Prime, S2 Games today announced that their new MOBA, Strife, has entered a global Open Beta. The Strife development team is on hand in S2 Games booth, #3746, to celebrate this milestone with the gaming community and demo the game. Strife is a free to play MOBA that features deep, collaborative gameplay and includes purchasable cosmetic upgrades. S2 focused their knowledge and industry experience on an engaging, enjoyable, team PvP game. One key design goal was to evolve the genre to create a more accessible MOBA with a high skill ceiling. Strife offers a rich experience that rewards everyone on the team for their role in victory. New features launching with Open Beta include single player content that allows players to interact with Strife’s lore, a companion app that allows players to check stats, craft items, and earn free resources from anywhere, and a partnership with Curse Voice to allow players to easily connect with friends. “Our vision for Strife can be best explained by examining the globally beloved sport of Soccer,” said Marc DeForest, CEO and Co-Founder of S2 Games. “The way I’d play soccer with my kids is completely different from the way I’d play competitively in college or the way World Cup teams battle professionally. We designed Strife to be a game as accessible as soccer, to be enjoyed by players of all skill levels.” To support the community and make it easier for people to find friends to form teams and queue, S2 Games also announced full Curse Voice integration for Strife. “Curse is extremely excited to be partnering with S2 for their upcoming MOBA title Strife. Having Curse Voice on day 1 of such a huge title is an incredible opportunity for us to bring the best communication platform for gamers into an exciting new take on the MOBA genre,” said Hubert Thieblot, Curse CEO. The development team embraces the philosophy that action is king. Strife’s concise game map and out of combat regeneration keeps all members of the team close to the action. Less specifically designed rolls lead to increased versatility, freedom and enjoyment of gameplay. Less time building a foundation in lane leads to more matches. Deeply collaborative development through community feedback creates an open dialogue for players to communicate with the development team and affect future design decisions. Strife promises a realm of conflict, competition and glory. For more information on Strife, visit www.Strife.com, or follow along on Twitter (@S2Strife), Facebook (www.facebook.com/StrifeTheGame) and YouTube (YouTube.com/S2Strife). About S2 Games: S2 Games is a game publisher and developer with a mission to identify, develop, evolve and unleash the future of online multiplayer games. Since its inception in 2000, S2 has been focused on driving innovation into the global online game space, through identifying and solving industry issues, listening closely to its passionate gamer base and incorporating features that gamers truly want. S2 is focused on providing the best online multiplayer gaming experience and opportunities for its community to shine. For more information on S2, please visit www.S2games.com.

Big fan of all things Walking Dead. From the comics, to the games and of course, the TV show. Also a huge movie nerd. I Love Sci Fi and adventure movies but will pretty much watch anything.
You might also like
mobastrifeVideos

The New MOBA Strife Aims at Minimizing MOBA Toxicity
Be the first to comment!
Leave a reply »