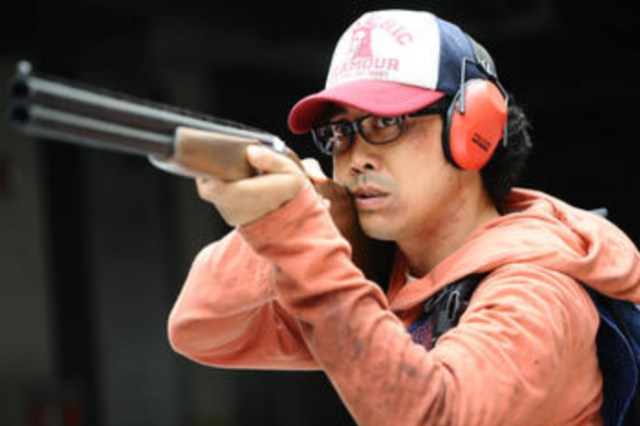 I Am a Hero, a tale of the zombie apocalpyse written and illustrated by Kengo Hanazawa, has won over critics the world over, and been named the best zombie-themed manga ever written by Anime News Network. Now it’s coming to Japanese theaters, and the first trailer was released today.

One day, after returning from work late in the evening, Hideo (Yô Ôizumi) witnesses a traffic accident in which a car crashes into a nearby pedestrian, killing the victim instantly. However, despite severe injuries including a broken neck, the victim’s body stands up and walks away. Hideo questions whether this is another one of his hallucinations, but then strange events begin happening around him.

The I Am A Hero movie is being directed by Shinsuke Sato, the same man who’s also working on a live-action movie adaptation of another popular manga, Death Note. This movie is already technically complete and made its debut at a film festival last October, but will formally be let out of the can in Japan on April 23, 2016.

0 likes
Movies, Videos, Zombies
i am a heroJapanmangaTrailerVideoZombies

Norman Reedus and Andrew Lincoln Are Turning Japanese in These Wacky Promos
Be the first to comment!
Leave a reply »