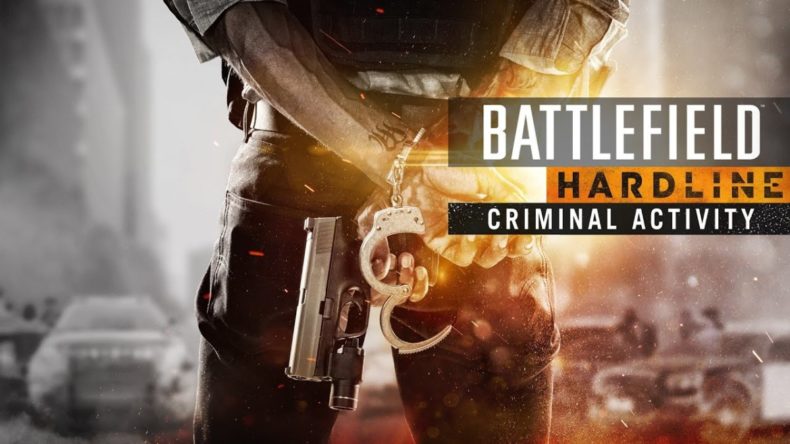 Today Visceral Games officially released its first trailer regarding Battlefield: Hardline’s inaugural DLC pack, entitled Criminal Activity. The trailer doesn’t reveal everything about the DLC, but you do get a good look at the multiplayer areas.
With Criminal Activity, you will get four new maps: Backwoods, Code Blue, The Beat, and Black Friday, as well as two new rides, two new ammunition types for specific weapons, a new gadget(oh boy, a new gadget), three new weapons, four new police headgear options, and even more.
AND you have the option of dressing as a rabbit or a gorilla. Sold!
Battlefield: Hardline will receive three more DLC packs after this one: Robbery later this summer, Getaway in the fall of 2015, and Betrayal in early 2016. $50 gets you all of them. Oddly individual prices still haven’t been announced despite there being a trailer already, but $15 per pack is a safe bet.
Criminal Activity will commence in June for current-gen consoles and PC.