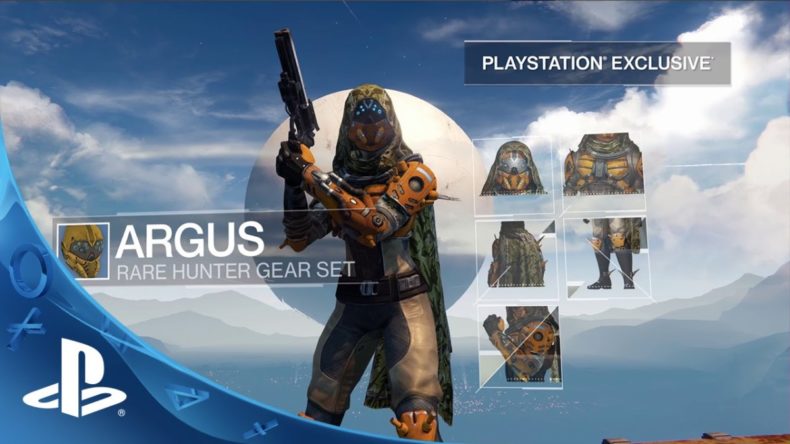 It has been made clear for a while that Bungie’s Destiny is going to get a little extra push on PlayStation 3 and 4 consoles with exclusive content, but it’s been kind of muddy exactly what this content is until now. A new trailer spills details for exactly what will be exclusive.
The PlayStation exclusives include:
• The Exodus Blue competitive multiplayer map, a mid-sized Crucible arena centered around a crashed colony ship.
• The Dust Palace Strike, a three-player Strike where players take on the Cabal on Mars.
• Exclusive gear sets.
• Exclusive exotic weapons.
• Exclusive player ships.
You can read all of the details here.
Fortunately, the exclusive content is actually only timed exclusive, and may come to Xbox One and Xbox 360 players. But not until fall 2015, which is of little solace to those that want to play it when the game launches Sept. 9.