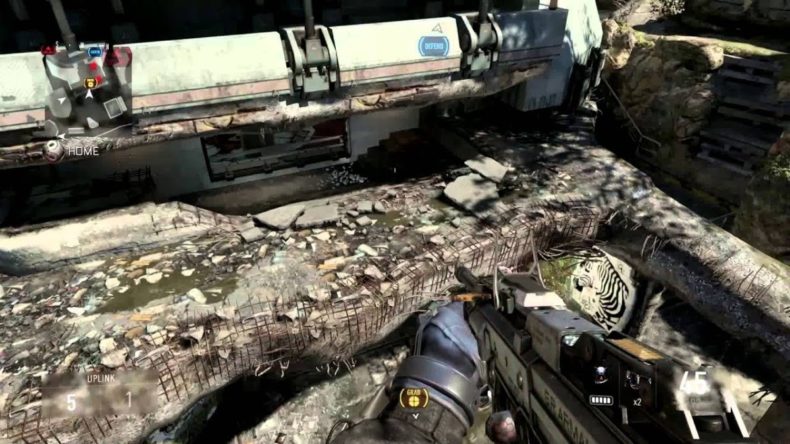 A new video from Sledgehammer Games features studio co-founder walking us through the new abilities the exo-suit brings to Call of Duty: Advanced Warfare multiplayer.
The exo abilities you bring into multiplayer are selected as part of the game’s new “Pick 13” system for loadouts and determined by the points you want to spend on them. Abilities include Shield, Overclock, Stim, Cloak, Hover, Ping, and Trophy System.
The Trophy System might be the most confusingly named, but Condrey explains it’s not for achievement hunters, instead it protects you from up to two explosives. Condrey also covers Cloak, which gives you a limited time invisibility, and Overclock, which provides a boost of speed.
Call of Duty: Advanced Warfare will be out on PS4, PS3, Xbox One, Xbox 360 and PC Nov. 4