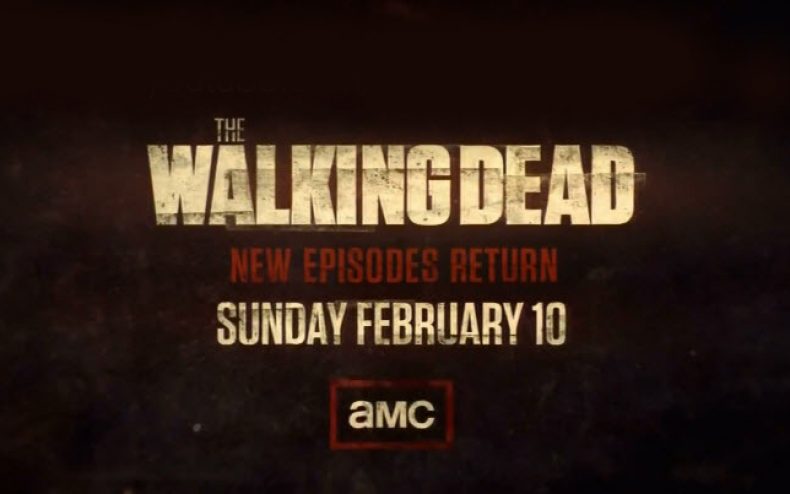 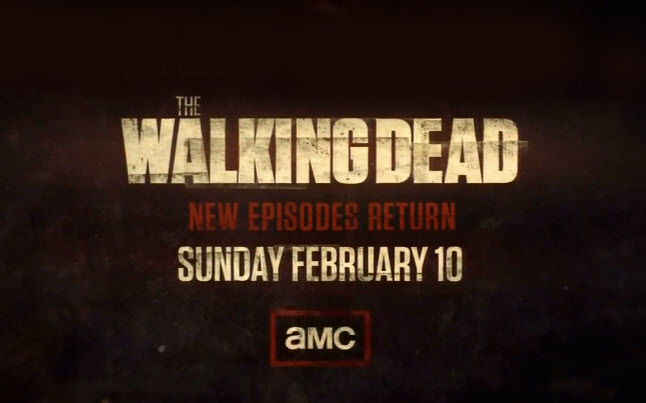 There is a new Walking Dead promo out, and when I say new, it really isn’t new. The promo features most of the material that we have seen already in a past promo that AMC released. However, there is some new stuff to check out that may give us more insight on what we can expect when season 3 picks up this February. This promo features 5 seconds of what we see is new material, which is near the end. If you watch between 20 and 27 seconds you will see some stuff that we didn’t see in the other promo’s. Below are some of  the new things that we found in this promo that appear to be new.

In this shot of the promo it appears to be Carol hiding behind someone, or possible a dead body. If you watch the clip over and over again you will see the body get hit with a bullet. The person that is lying there might be someone new as he also appears to be talking to Tyreese’s group. 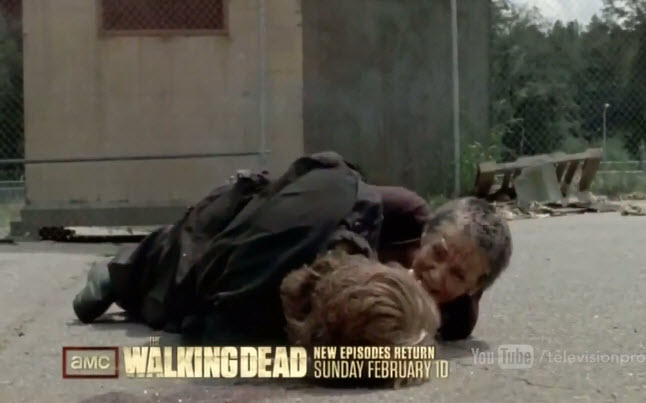 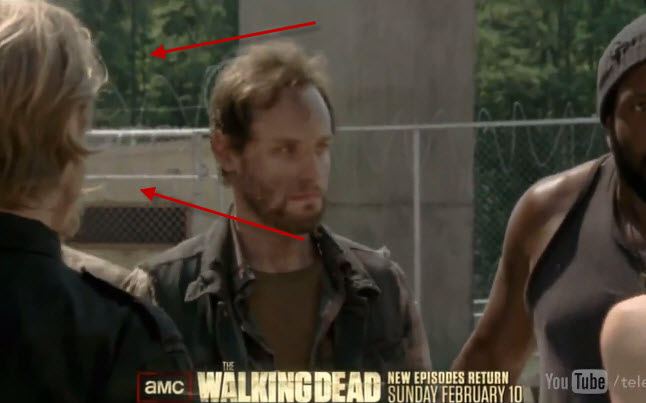 In this scene you will see Michonne, Carl, and Rick walk up to what appears to be Woodbury, but then again we are not sure. There is a sign hanging on the left that says “Just Listen” and that is all we can gather from this shot. Again, this is most likely another shot of Woodbury, but you never know. It appears to be vacant, or at least empty. 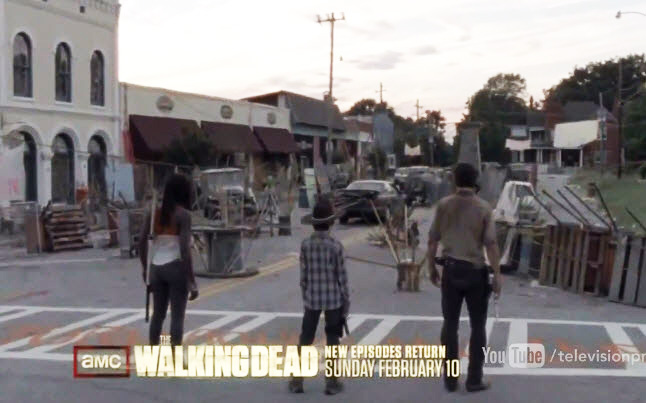 In this shot you can see Daryl pull out his knife and appear to be getting ready for some action. He appears to be on a bridge of some sort because of the cables we can see near the outer edges. As the shot progresses it appears that person or zombie in the red car actually moves her head. Now this could be a person from the group that is simply watching it go down, it could be an extra that wasn’t supposed to move, or it could be a zombie. I watched that section frame by frame and they appear to be watching. The head moves from right to left if you watch it carefully. Also, there are two figures in the background that could also be nothing, or possibly something. When I see the person laying next to Carol in the shot above, I start to think that he could be part of that group. Then again, those could just be some zombies or some crew caught in the shot. 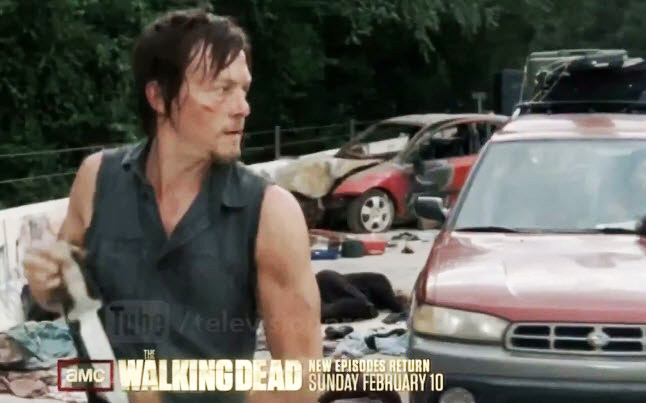 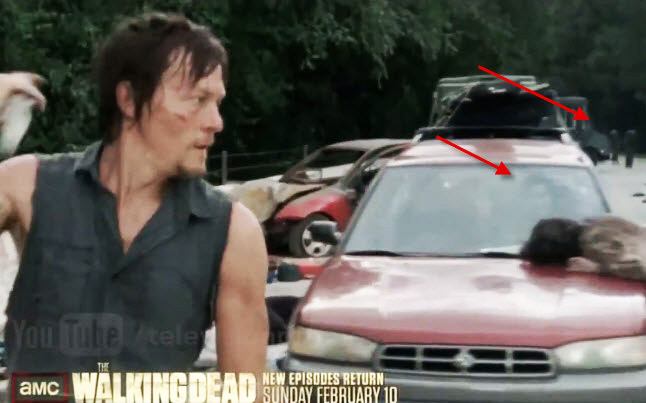 In this next shot you can see what appears to be Maggie clutching onto baby Judith while being trapped in a vehicle that is surrounded by zombies. Now we can assume that Daryl in the previous shot is on his way to save her and the baby, but then again it could just appear to be that. 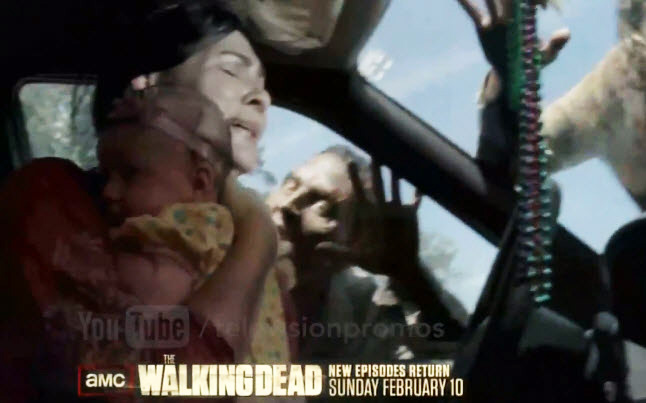 During this shot we can see Rick and Michonne walking up to a building in that town we showed earlier. The same wooden sticks that are shown in this shot are also in the shot from 20 seconds, but I could not find that exact location. I also looked for the water tower in the background as well but could not find it. 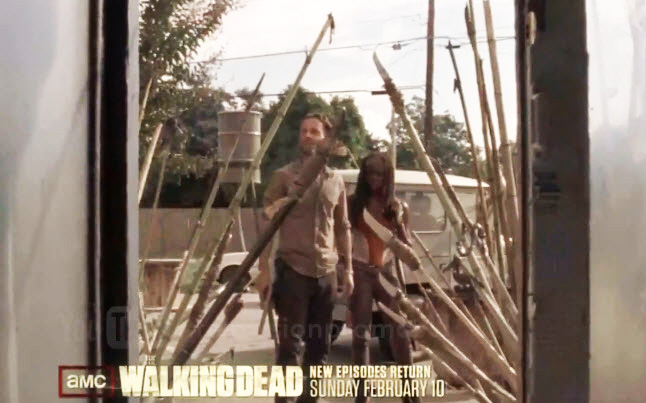 Finally, you can see Carl walking with a bullet proof vest on and carrying a rifle. That shot appears to be back at the prison as that would make sense, and plus in the shot above he is not wearing the vest when him, Rick and Michonne enter the town. 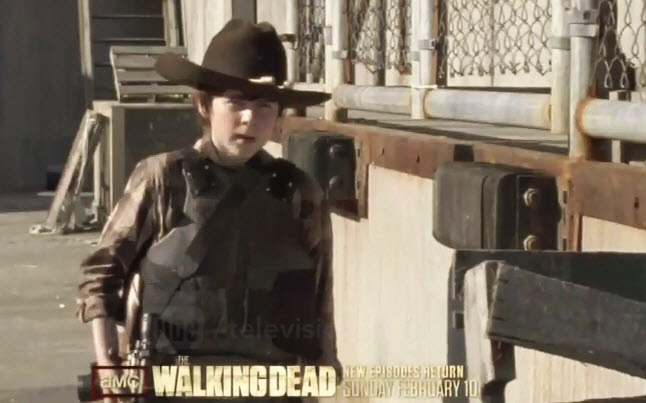 We only have a little over a month before we can catch the next episode of the best series out there today as it continues again in early February. This new Walking Dead promo just gives us a little taste of good things to come.

A big fan of The Walking Dead television series. In my spare time I enjoy blogging and simply hanging out. Oh and lets not forget, Go NY Giants!
You might also like
PromoSeason 3TV Series