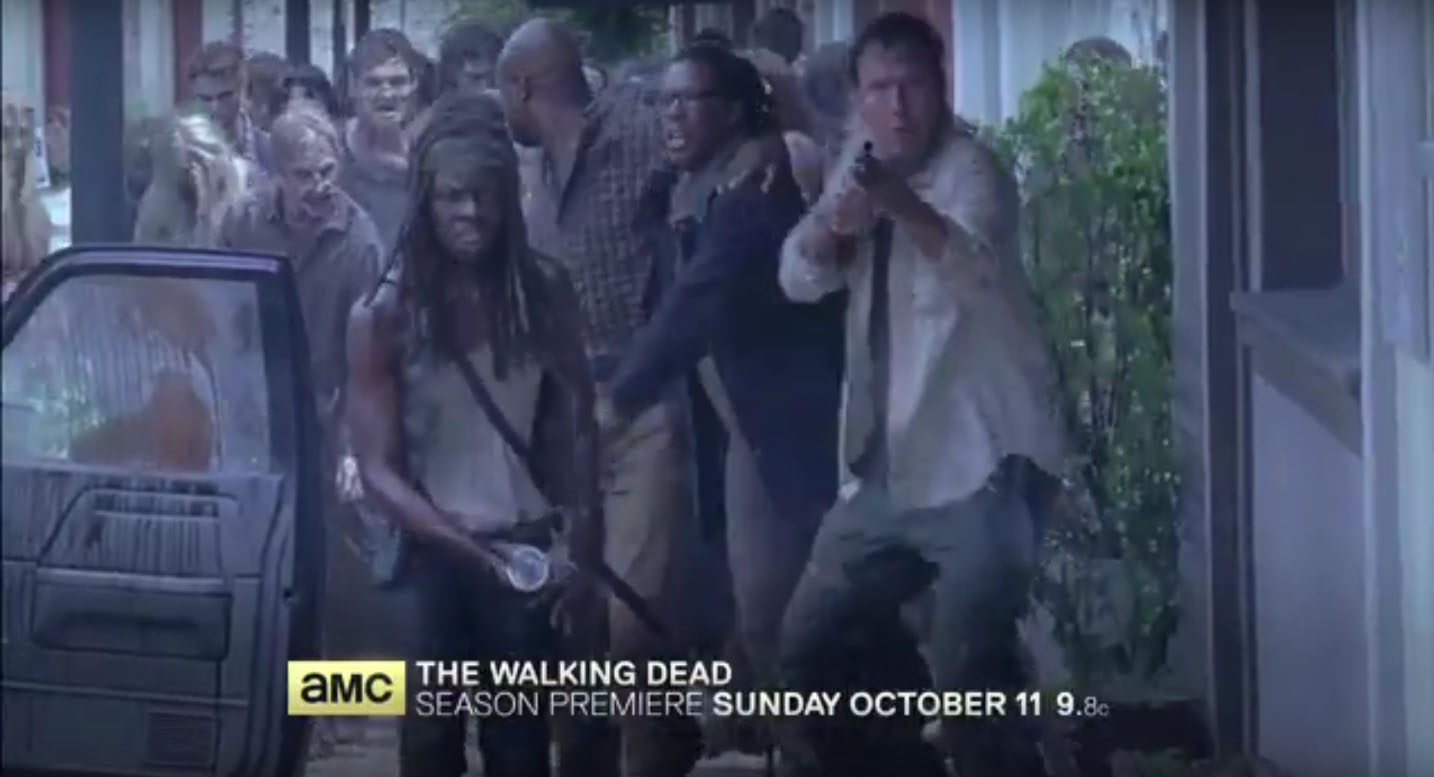 A new teaser trailer for The Walking Dead’s season 6 premiere aired this weekend during Fear The Walking Dead, and it contained several scenes we haven’t seen before. Most notably, we got several quick shots of the gigantic Walker horde the producers have been talking up these past few months. It looks big, all right.

AMC says: Season 5 of “The Walking Dead” saw our group being formed into consummate survivors by the world around them… nearly making some of them into villains. To make it as far as they have – to have persevered through all of their heartbreaking challenges – they have evolved into incredibly powerful people. But who have they become?

Season 6 starts with Alexandria’s safety shattered by multiple threats. To make it, the people of Alexandria will need to catch up with our survivors’ hardness, while many of Rick’s people will need to take a step back from the violence and pragmatism they’ve needed to embrace. These reversals won’t happen easily or without conflict. But now Rick’s group is fighting for something more than survival…

They’re fighting for their home, and they will defend that at any cost, against any threat, even if that threat comes from within.