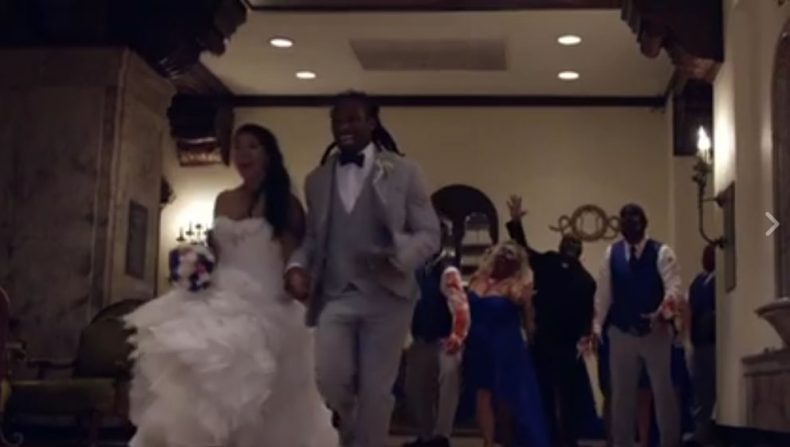 Think of your dream wedding. Do you see zombies in it?

Pittsburgh Steelers running back DeAngelo Williams certainly did. If there’s anything he loves as much (or perhaps more) than his blushing bride, it’s The Walking Dead. So when he headed down to the chapel to tie the knot with beau Risalyn Burzynski last Saturday, he did so while the entire wedding party was dressed in rags, covered in ghastly makeup and groaning.

“I’m a huge Walking Dead fan,” he told the press. You don’t say. His mate, being his perfect match, had no problem with it, but others took some pleading. “He really had to convince the bridesmaids, and then he said they had to do it because they’re bridesmaids.” So there!

In the end, the bridesmaids complied, and the result was the following Facebook video.

Williams says he wanted to take it even farther, but the busy schedule didn’t permit it. “I wanted to do engagement photos with us being chased by zombies and we didn’t have time because it was during season and we didn’t have that opportunity, so [Risalyn] was like, ‘How are you going to pull that off?’” His NFL buddies could have posed….