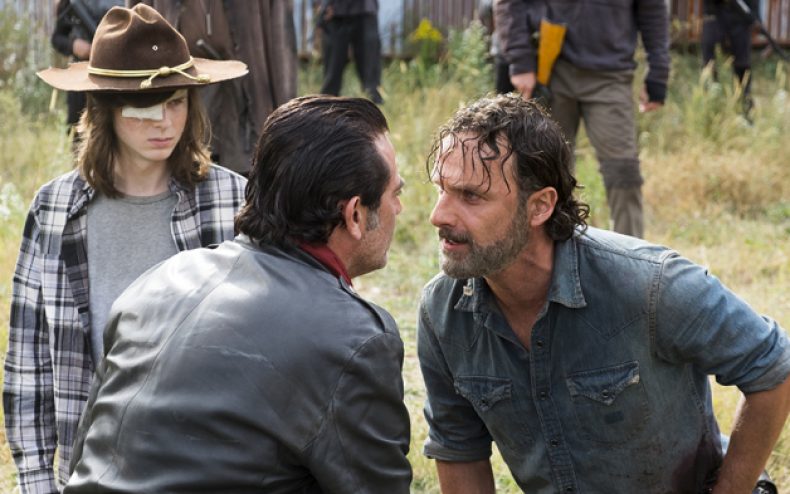 Who will win the war between Rick’s Alexandrians and Negan’s Saviors when The Walking Dead returns to the air this Sunday? Why don’t we ask showrunner Greg Nicotero?

Obviously Greg isn’t going to give the answer out right away, even if fans can just look ahead in the comics to find out who wins. So the answer he gave Variety is….the Walkers. He means eventually.

“One of the things that people so often talk about is the fact that it’s not a show about zombies, it’s a show about people,” Nicotero said. “It’s about the people that are occupying this dead world. And one of the things that is important for us in this [hundredth] episode and even parts of this season is to really highlight the idea that you’re always going to get a sense that there are walkers on the periphery. They’re just waiting for these groups of idiots to kill each other off so they can finish taking over the rest of the world. The zombies are like, ‘Oh, you’re going to let us not do the work and you’re going to do the work for us? Great. We’ll just wait until you’re done and we’ll take over.’ It’s sort of reminding the audience that this is the world.”

That’s looking at the big picture, I guess. The Walking Dead will air its landmark hundredth episode this Sunday at 9 on AMC.