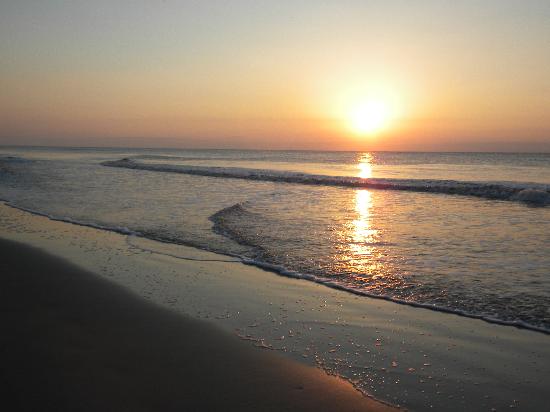 A report from a Jacksonville, Florida newspaper says the crew of The Walking Dead recently acquired permission to shoot a few scenes on the beaches of Jekyll Island, Georgia. Outside of the crew, no one knows why they need this kind of scenery, as there’s no beach scene anywhere in the chapters of the comic Season 7 will be adapting.

So it must be an original thread. Whatever part of the story needs a beach scene is currently a mystery. However, we did get a BIG hint when the report said this:

One of the scenes Stalwart Films will be shooting on the beach includes a scene where part of a human corpse will be half buried in a tidal pool.

Is this the funeral scene for whoever bites it in the opener? It’s tempting to jump to that conclusion, but we also have to remember this show has what appear to be human corpses in every single episode. And why would they only “half bury” one of their friends anyway?

it could be important, or it could be innocuous. The only thing we know for sure is that someone goes to the beach next season.