No Safe Place, Child, In This Walking Dead Preview Clip 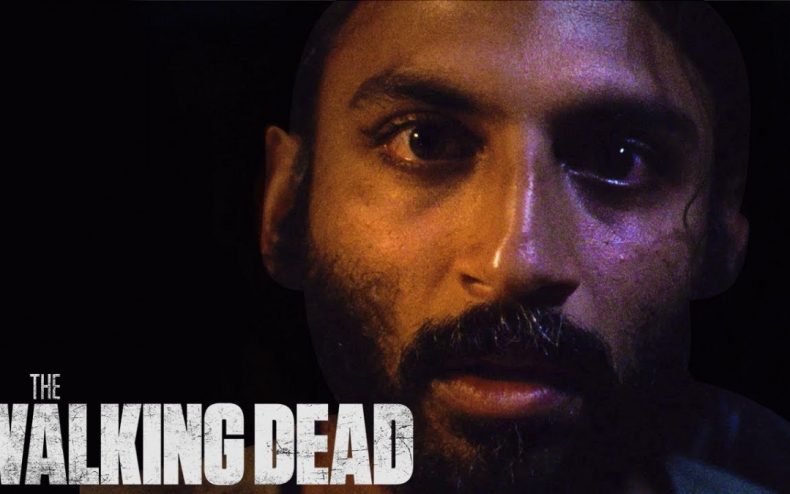 Most Walking Dead episodes these days begin with a montage. Season 10, Episode 7 does not break with tradition, but unlike the previous few, it focuses on a singular character. Saddiq is trying to hold together a makeshift hospital at Alexandria, as the community deals with a plague. The stress of the situation, not to mention his past experiences with the Whisperers, is clearly getting to him.

Did you notice how the water is a focus of these scenes? Saddiq collects it from the hose, he has the sick drink it, they get sicker. Earlier in the season the Whisperers were shown dumping Walker bodies into the river. If the sickness is truly coming from the undead, then those poor people (including Rosita) don’t have much of a shot.

And that ending scene….is it really happening, or just something his PTSD-addled brain cooked up? The episode airs in two days…we will know soon.

Here’s another clip for you…it’s the teaser for Episode 7, followed by nine and a half minutes of Saddiq scenes up to this point. Why are those scenes in here? Because YouTube clips over ten minutes get to show more ads. I don’t think AMC is exactly hurting for money here, but they found a way to squeeze out a few extra cents anyway. The next episode of The Walking Dead airs this Sunday at 9 on AMC.