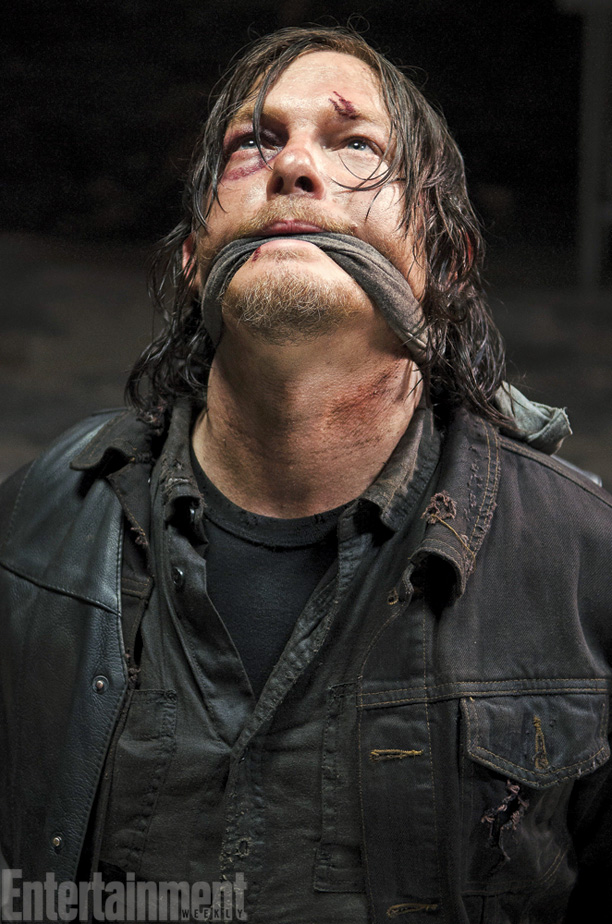 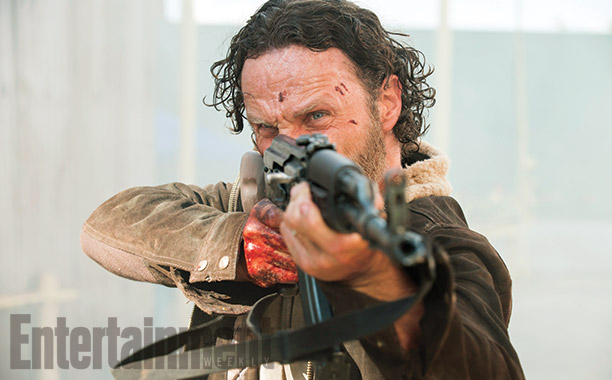 Not sure what I was expecting from Entertainment Weekly’s big The Walking Dead blowout today, but a morbid article with The Walking Dead cast talking about how they’d like their characters to die wasn’t it.

Fortunately, some of them are funny and insightful, so it doesn’t get too depressing. Let’s get started with the one that most of you care about, Norman Reedus and Daryl Dixon:

Andrew Lincoln doesn’t care how Rick Grimes dies, but he knows what song should play when he does:

I’ve always said, I don’t care how it goes, but maybe a kid should take me out. It’s funny, because I was in the car yesterday, and I texted Scott Gimple and I said, “Promise me, when I die, on the credits sequence, you play Johnny Cash’s version of ‘Hurt.’” And he just said, “I can’t make that promise obviously.” So when I die, please print it in your magazine so that the fans will know to play it, even if we can’t. Even if Scott Gimple decides not to, please everybody play “Hurt.”

If years later we’re watching the end of the show and we hear that song, you know it’s time to freak out.

The next one might get into spoiler territory, so I’m giving you a chance to jump off now.

Everybody who doesn’t want the comic spoiler off?

All right, moving on.

If you read the comics you know how Steven Yeun’s Glenn Rhee dies. And Yeun is cool with that happening in the show.

You know what, I really like what’s already been said [in the comic]. I think Robert Kirkman did a really amazing job with that. That’s hard to top. What a way to take out a character, and a character that’s been there for so long, by just snatching him away from the viewers and the readers. And it really shows the brutality that is the world that they live in. And I think if I were to go, that’d be a perfect way to go. My cousin actually, he read issue 99 and he’s like, “Dude, I think you might be dead. He’s too happy. Glenn seems too happy in [issue] 99.” And sure enough, 100 came out and I think Kirkman emailed me, or called me or messaged me. He was great about it. But you know, it didn’t affect me too much. I was more just like, “Dude, I can’t believe you took him out like that!” Like, that’s gnarly.

There are more fatal wishes from other cast members at the full article.