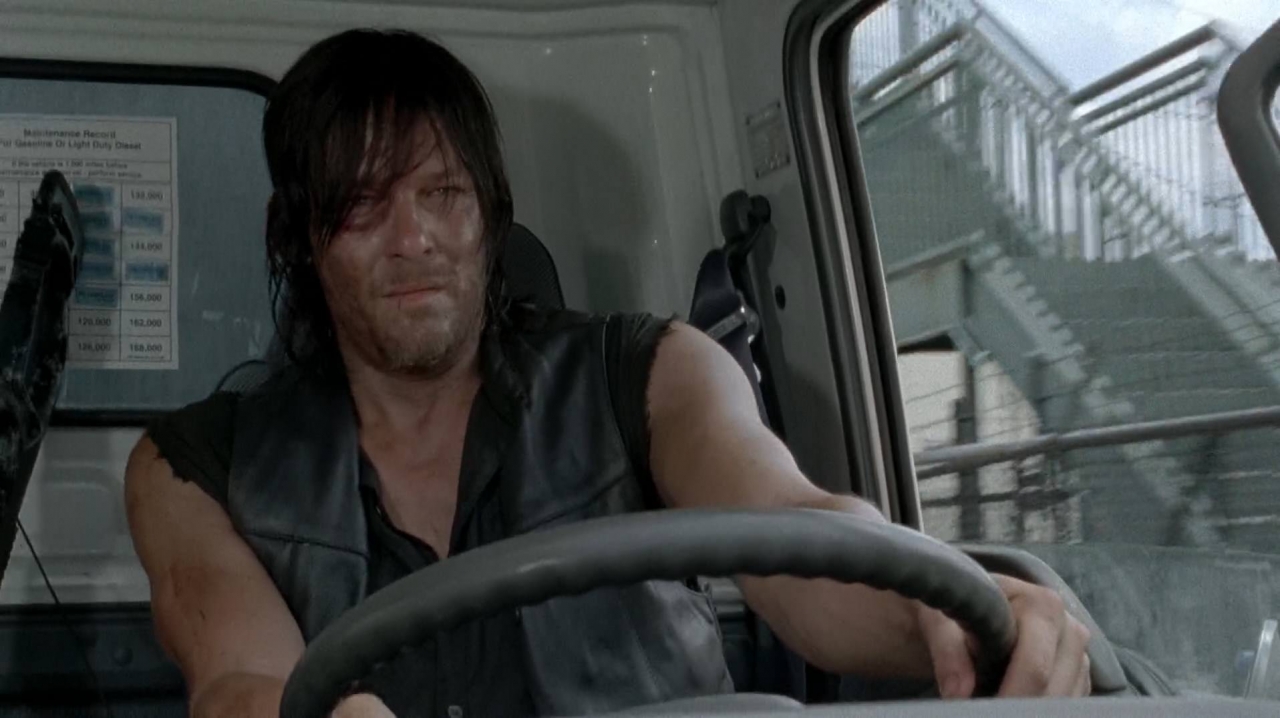 On last night’s The Walking Dead, “Crossed,” we saw the most confident, take-charge Daryl Dixon we’ve ever seen on the show.

No longer impulsive, angry and childlike, Daryl is level-headed, compassionate and sure of himself. He’s grown so much that he disagreed with the group’s leader, Rick, twice, once to back Tyreese’s less violent plan and once to talk Rick down from what he felt was an unnecessary killing. Also, he beat a guy with a walker’s severed head and spinal cord. That’s peak badass. You can’t get more badass.

Daryl’s transformation has a lot to do with the trust Rick has placed in him, of course. But it also wouldn’t have happened without the hope he’s gained through his relationships with Carol and Beth. Which is only going to make it hurt even more if one of them dies in this Sunday’s mid-season finale, “Coda.”

But Daryl won’t let that happen without a fight.

“Those two ladies mean so much to Daryl. I think those two females symbolize so much for him. A hope, and a friendship, and a compassion. And he probably doesn’t even realize what that means. I know that everyone’s trying to set Daryl up with someone,” Norman Reedus told Yahoo.

“When he was alone with Beth [in Season 4’s “Still”], I don’t know that he knew what those feelings meant, but they were feelings. It wasn’t so much a love affair as it was like, ‘Things can be good. Maybe you’re the golden ticket to Willy Wonka’s, and you’re going to show me where all the candy is.’ And the same with Carol. Carol means so much to him, and they’re so similar. He’s trying to keep the fire burning in her, and she’s put out that fire, built her own fires. Burned things down. Burned people up. There’s a whole bunch of symbolic gestures in all these episodes, but I think the stakes are super high for him, and he’ll do anything to get his two girls back,” Reedus said.

Reedus also dropped a disturbing hint that something big and tragic is coming in the mid-season finale.

“Oh yeah, it changes all of us. All of us change dramatically,” Reedus said.

On a lighter note, Reedus also said he kept Andrew Lincoln’s beard after he shaves it off in an upcoming episode. He joked that he might use it to make his own Andrew Lincoln clones some day.

“That’s how much I love Andrew Lincoln. I stole his DNA,” Reedus said.