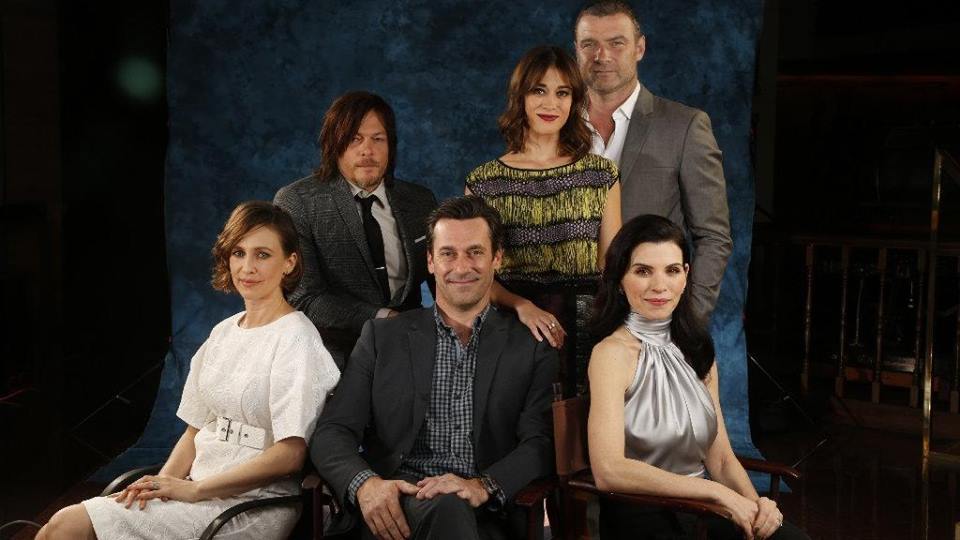 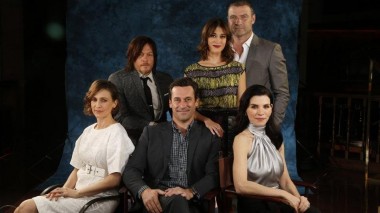 Norman Reedus recently sat down with a whole bunch of other A-List television stars for a The Envelope Emmy roundtable on drama. Other star included: Julianna Margulies from The Good Wife; Jon Hamm, from Mad Men; Liev Schreiber, from Ray Donovan; Vera Farmiga, from Bates Motel; and Lizzy Caplan from Masters of Sex, which puts Norman in very good company.

Although there was a lot to talk about with such a large group of stars, Norman got to make some interesting observations, like when he was asked to describe television today:

“‘Daring’ or ‘brave,’ both those words. I mean I grew up watching like Happy Days and stuff, and nobody ever said, “Did you see what happened last night on Happy Days?” And I love Happy Days, but, you know, people sit around water coolers now and they’re like, ‘Don’t tell me what happened!’ I remember when I first started acting, somebody would say, ‘Oh, I got this TV show,’ and you go, ‘Oh, that’s cool, just keep trying, it’ll get better.’ And now TV is where it’s at, I mean television is so good now, I watch everything, and I never used to do that,” Reedus said.

Reedus also described his most difficult scene and, yeah, it involves Merle.

“The dynamic with Daryl and his brother, every time that would happen because [Daryl’s] always tough but when he sees his big brother, he sort of goes back down to little brother. So last season, the stabbing [of his brother Merle], was hard, and plus because you say goodbye to someone that you work with and who was your friend, there’s that,” Reedus said.

And, sorry Bethyl fans, but he said his favorite character to interact with his own is Melissa McBride’s Carol .

“My character changed a lot when they put us together. And it’s because of her, she’s such a good actress, and she gets me, you know, I feel free to be vulnerable in front of her because she gets me, like she’s my buddy, and you can read everything on her face, she’s just a window,” Reedus said.

You can read the full transcript, and watch a video of the roundtable, here.

Should Melissa McBride Be Nominated For an Emmy? (Poll)
Be the first to comment!
Leave a reply »