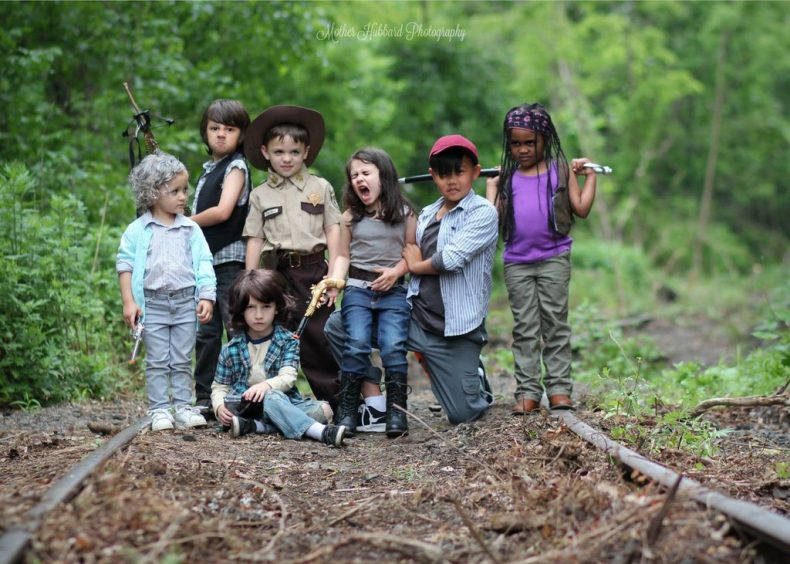 A small portrait business called Mother Hubbard Photography recently conducted a photo shoot based on The Walking Dead. The twist: all the characters from the show were played by children below the age of 7. Above and below you see the result. 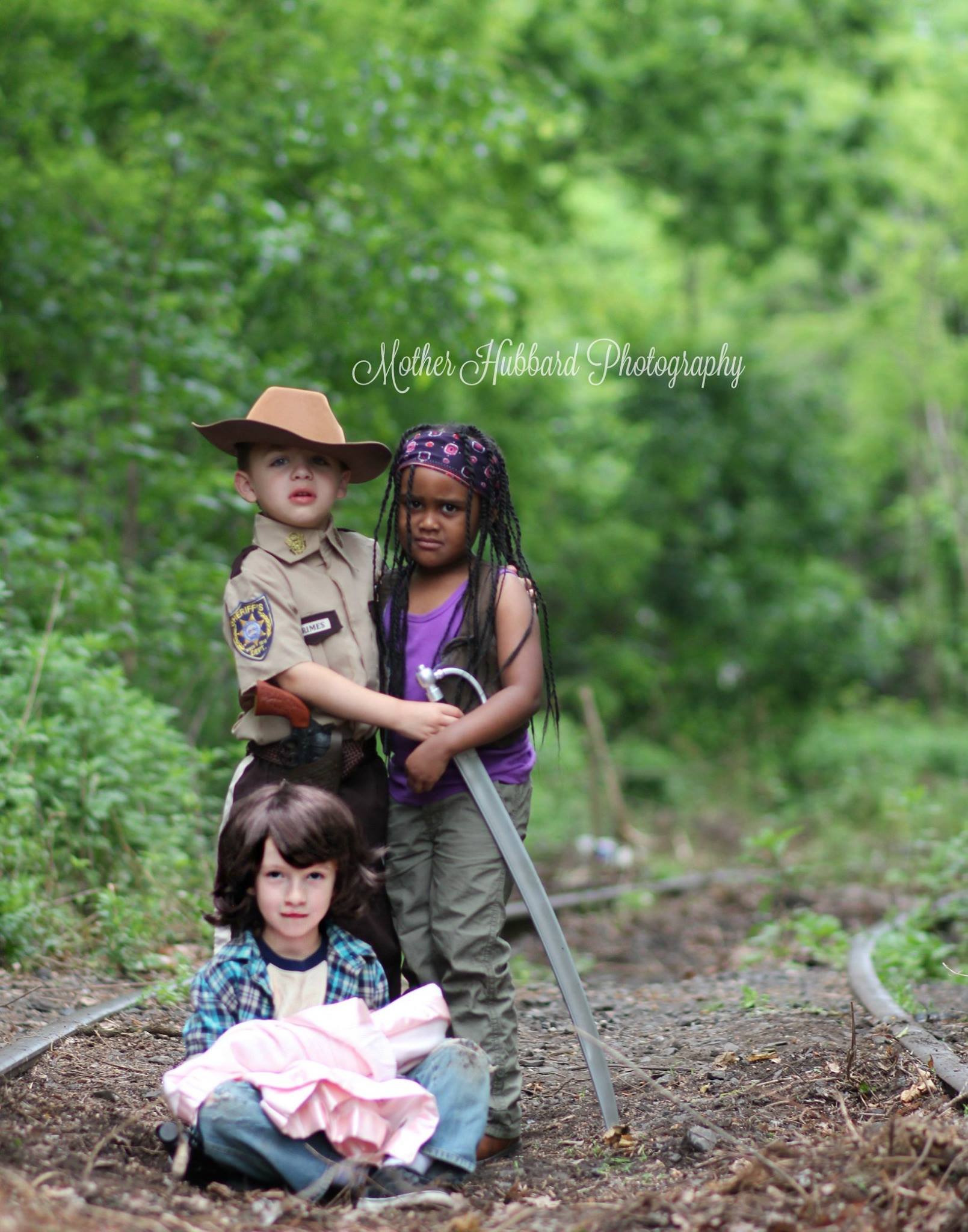 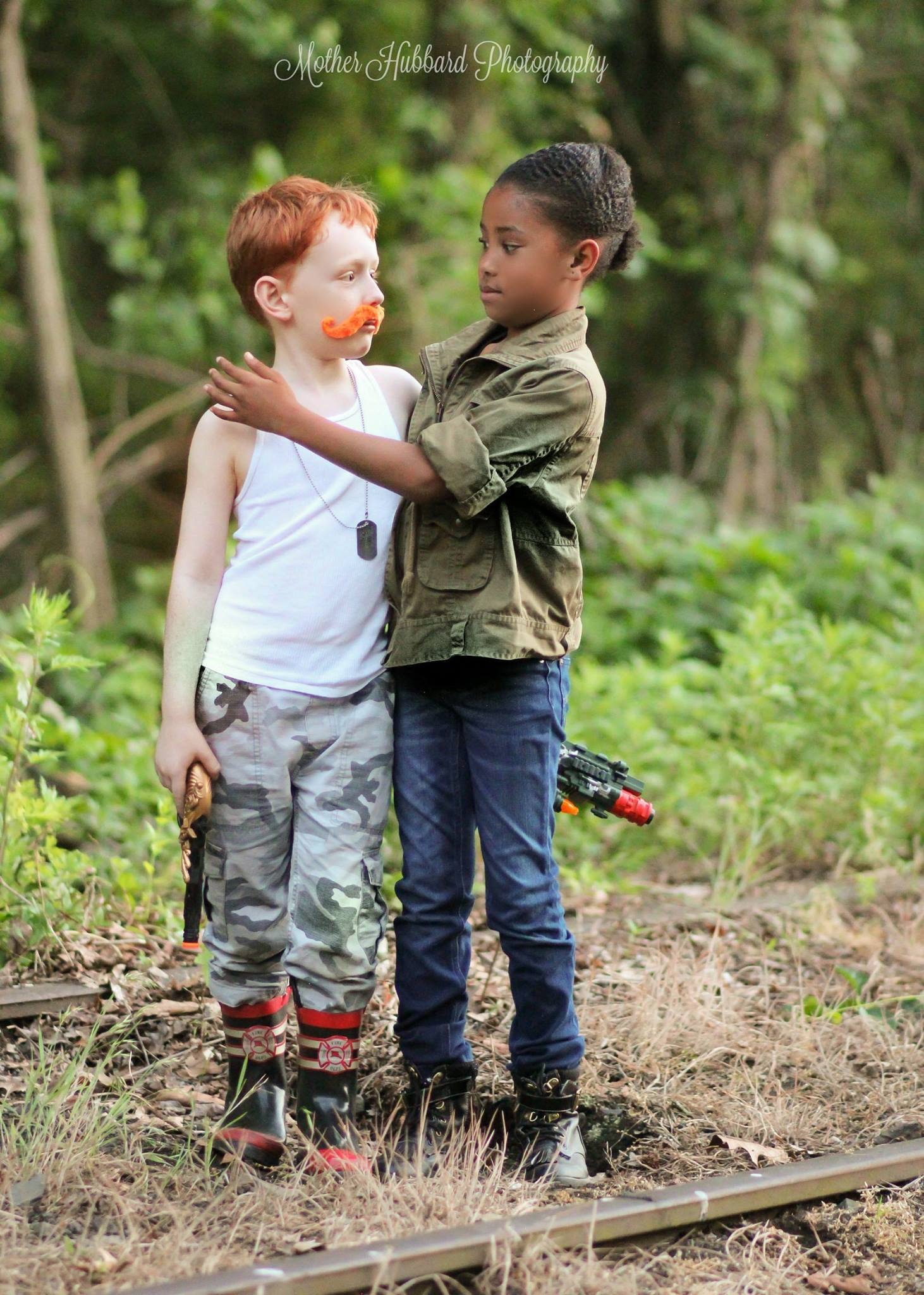 Sasha sharing a moment with Abraham, who has a Cheeto mustache. 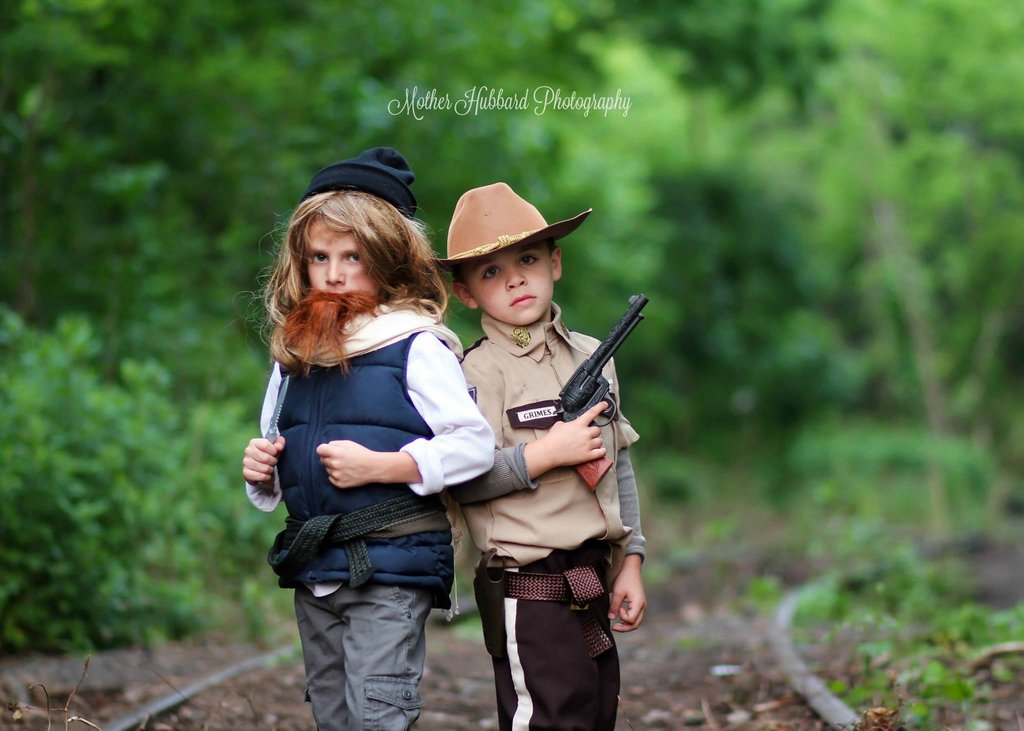 Personally I think this is hilarious. Other Facebookers, however, felt otherwise and started blasting Mother Hubbard with hateful comments. 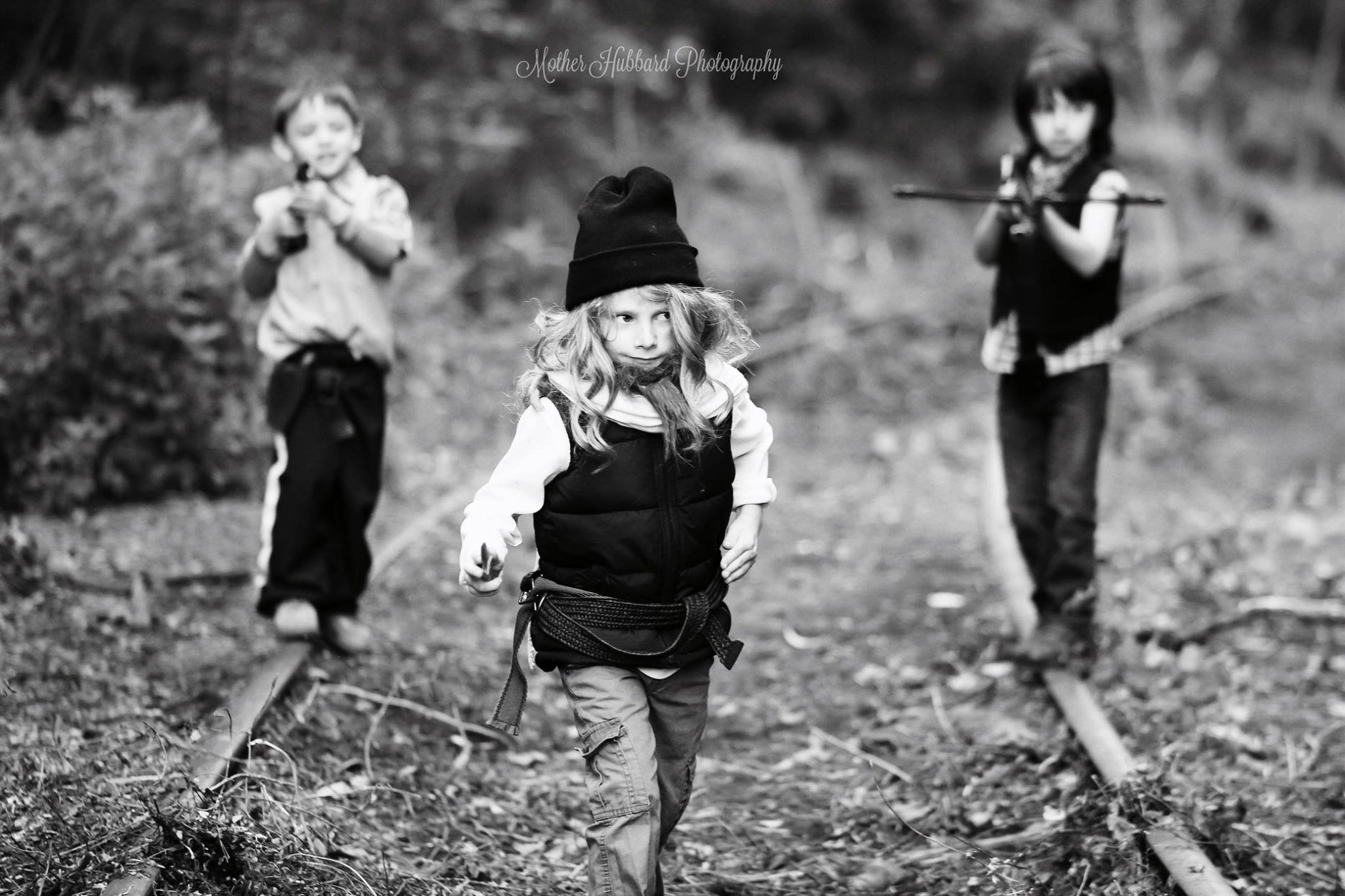 The outrage mainly stems from the opinion that small children are lily-white, pure-as-snow innocent. Anyone who subscribes to this belief doesn’t actually remember what being a kid was like. From what I recall about dealing with peers at that age, some boys are just Negans from birth.

It was probably the zombies that crossed the line, though. 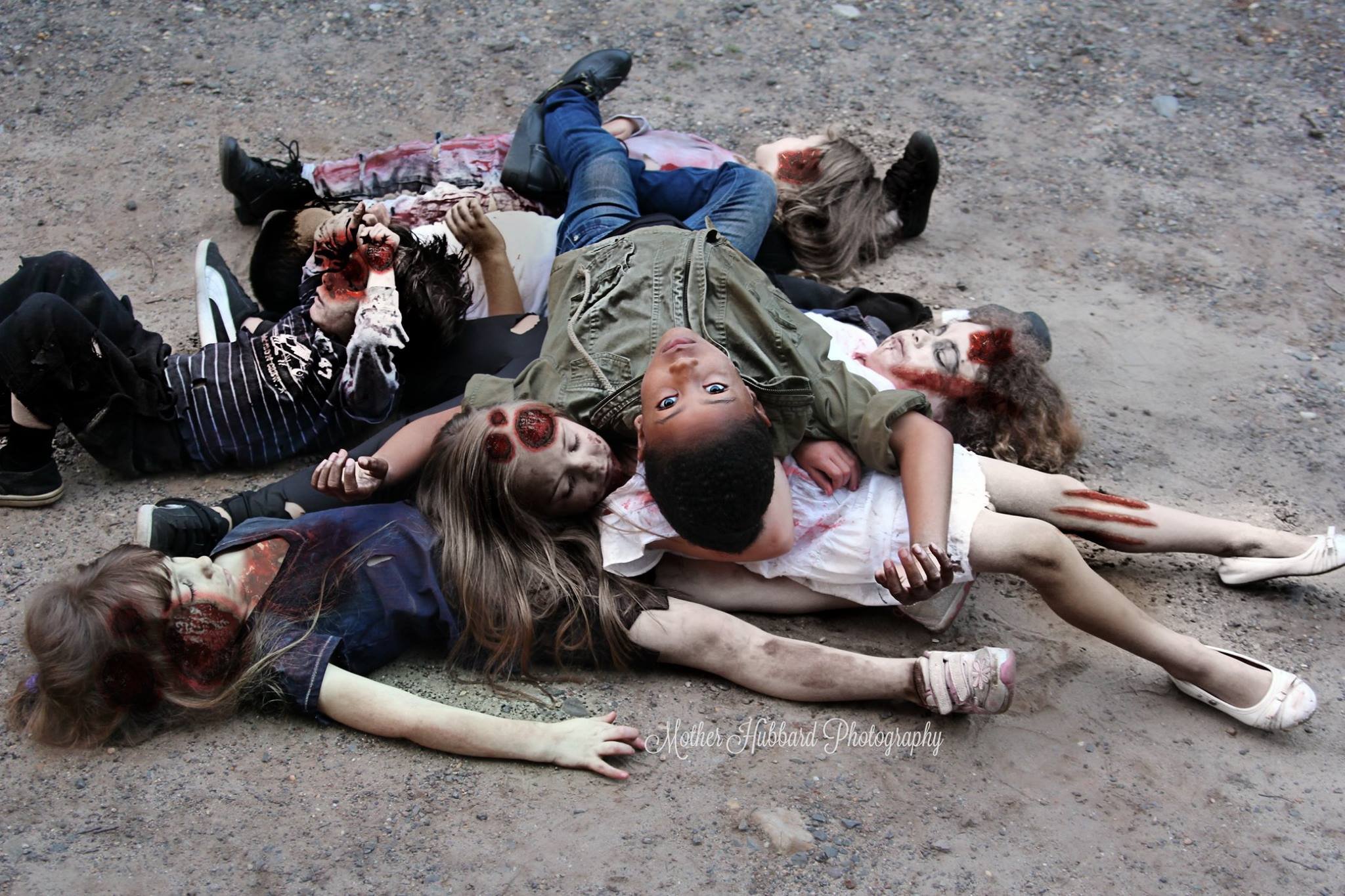 Taken out of context, I can see why someone would get upset over THIS shot. Kids dressing as zombies for Halloween is nothing new, however, and the majority go through the experience without being scarred. 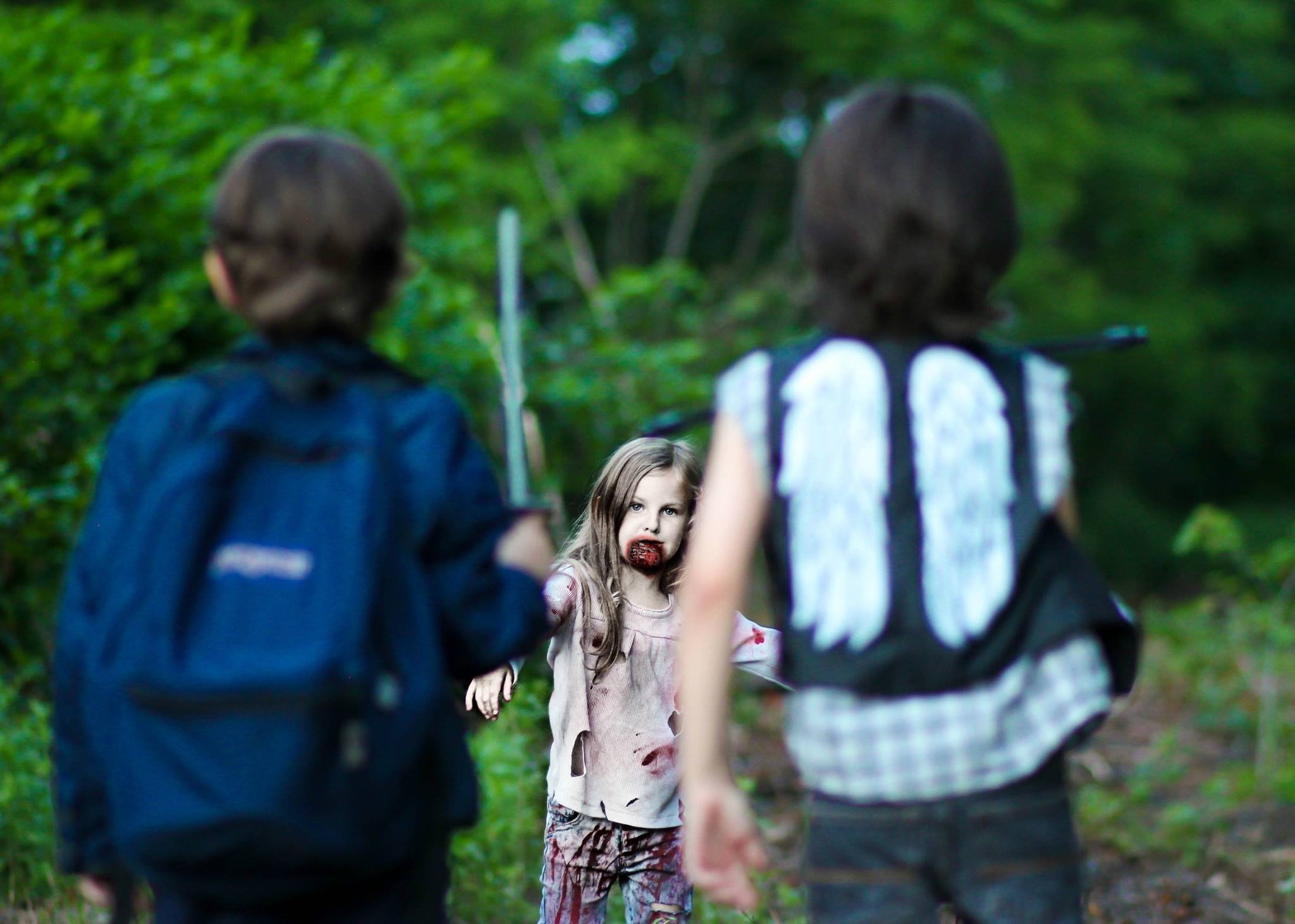 One other complant Mother Hubbard got was that none of the kids seemed to be enjoying themselves. The truth was that they were instructed not to smile so that they better resembled the characters they were playing. You can’t tell me a bunch of kids were given costumes and props and DIDN’T have a good time. 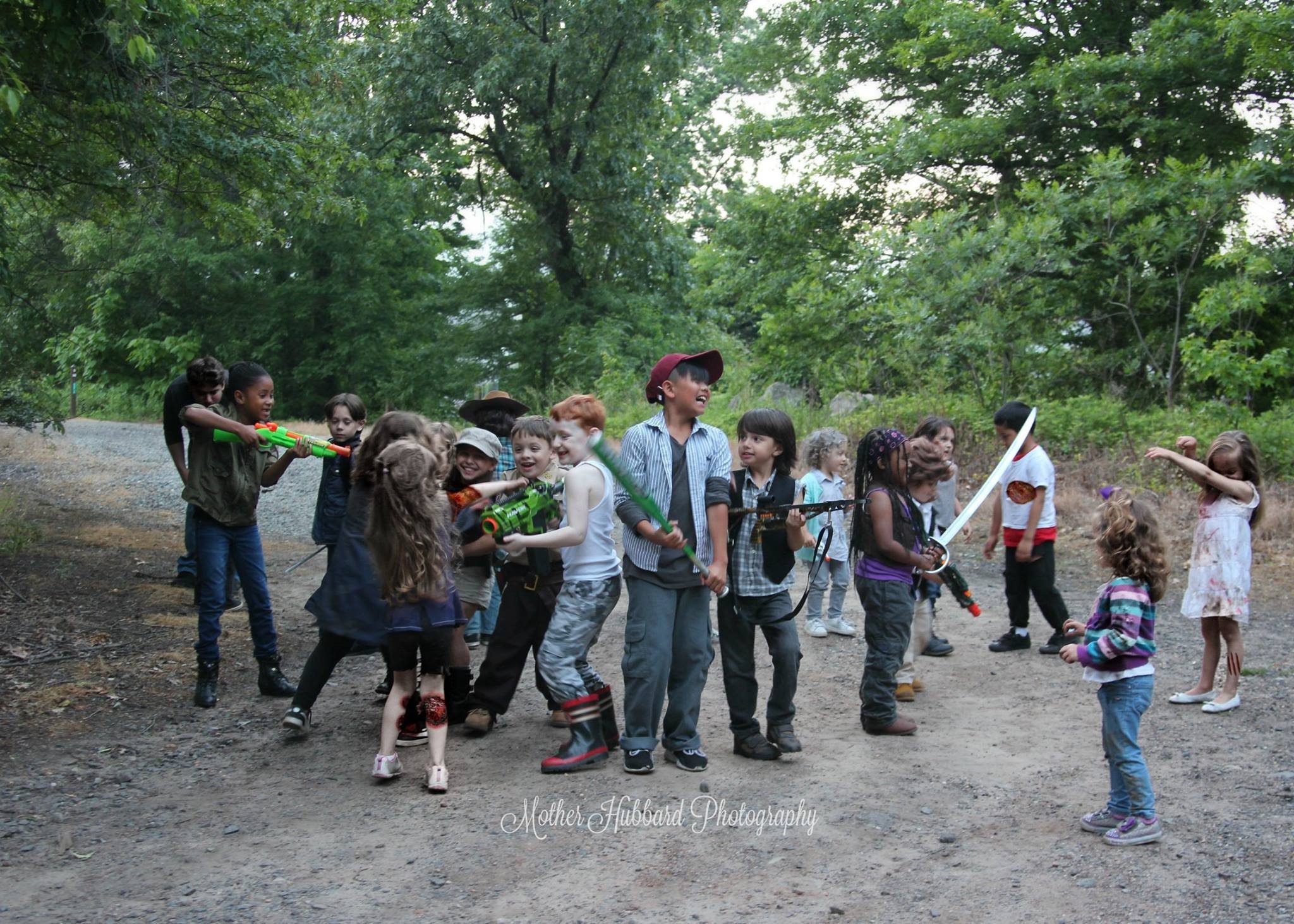 So who was Negan’s victim? Mother Hubbard went the traditional route and portrayed Glenn under the bat. 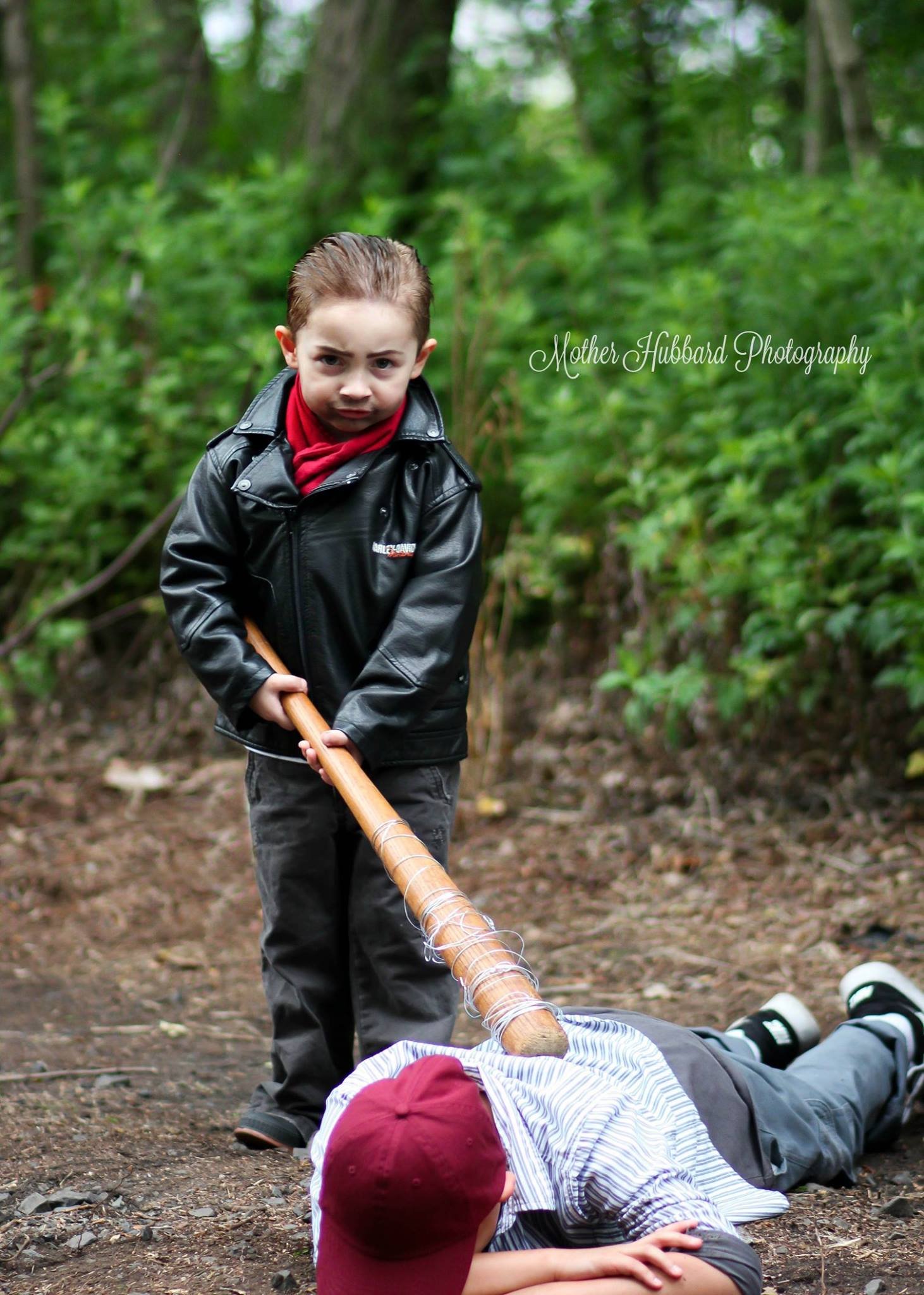 Negan was given a time out in the corner later.

Enter the Magic Kingdom (of the Dead), With The Walking Disney
Be the first to comment!
Leave a reply »