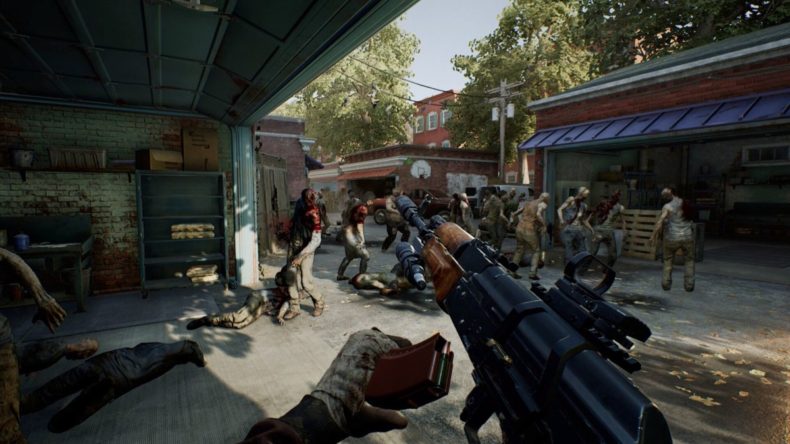 The fate of Telltale’s The Walking Dead is still up in the air, but Overkill’s The Walking Dead is still on track to be a completed product. And the closed beta for the upcoming AAA co-op multiplayer shooter launches today! The first two missions of the game are now playable, with additional stages to be rolled out in the coming weeks. You’ll only be able to play at specific hours of the day, however…check this page for the full schedule.

How do you gain access to the beta? By preordering Overkill’s The Walking Dead, which you can still do. Two choices are available: the standard PC version costs $59.99 and comes with one beta invite. The more expensive Deluxe Edition sets you back $79.99 but comes with the “Night Raid” cosmetic skin pack, a digital art book and soundtrack, and FOUR closed beta keys — one for you, and three for your fortunate and freeloading friends. Both preordered versions will contain a bonus Overkill cosmetic skin pack.

Overkill’s The Walking Dead will launch first on PC November 6, 2018. A console version on Playstation 4 and XBox One will be released February 6, 2019.

The Division Beta Has Concluded — Here Are The Results
Be the first to comment!
Leave a reply »