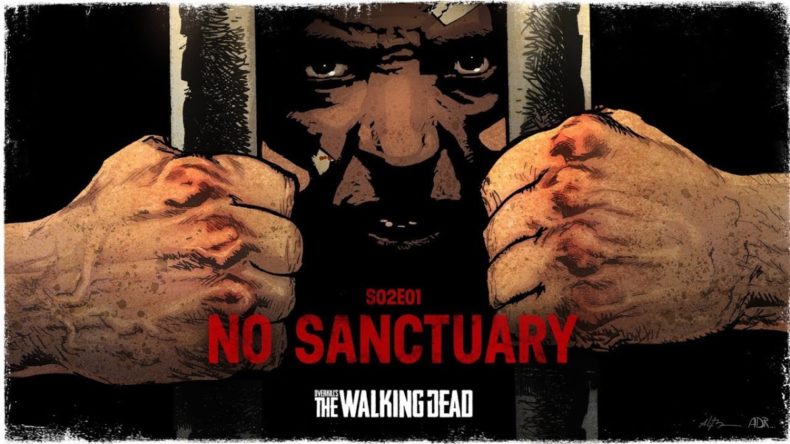 What’s new in the second season of Overkill’s The Walking Dead? And how soon could we be seeing all this on consoles?

Content in Overkill’s The Walking Dead is being released in “seasons,” the first of which was released earlier this month, in one bundle. The second season brings with it nine promised episodes which will be doled out between now and next June. The first of these, “No Sanctuary,” premiered today, and includes a new full-length story mission: “No Sanctuary.” The plot is described as “a raid on a Georgetown church to rescue a potentially life-saving informant.”

The launch of Season Two also brings with it new playable characters, weapons and possible mods. Oh, and in-game voice chat is now possible…..feels like a big oversight to not include it from the beginning.

Overkill’s The Walking Dead is by far the most ambitious video game to bear the Walking Dead label: a AAA co-op multiplayer shooter full of nonstop action and relentless peril. Four players take on missions through Kirkman’s zombie apocalypse, searching for supplies, safe harbor and other survivors (unless they’re not friendly). You choose how to handle each mission: stealthily sneak around the undead, or just go in blazing and hope your aim is accurate.

Overkill’s The Walking Dead is available now on Steam, in two forms: the regular edition at $59.99, or the deluxe edition (with an artbook, soundtrack, and the Night Raid Collection cosmetic DLC) for $79.99. Overkill just announced a third option: the Starter Edition, which costs only $29.99 and only contains Season One.

If you’re a console gamer you’ll have to wait a bit longer. The game is still scheduled to appear on Playstation 4 and XBox One next February.