Poll: Your Favorite Scene From ‘Four Walls and a Roof?’ 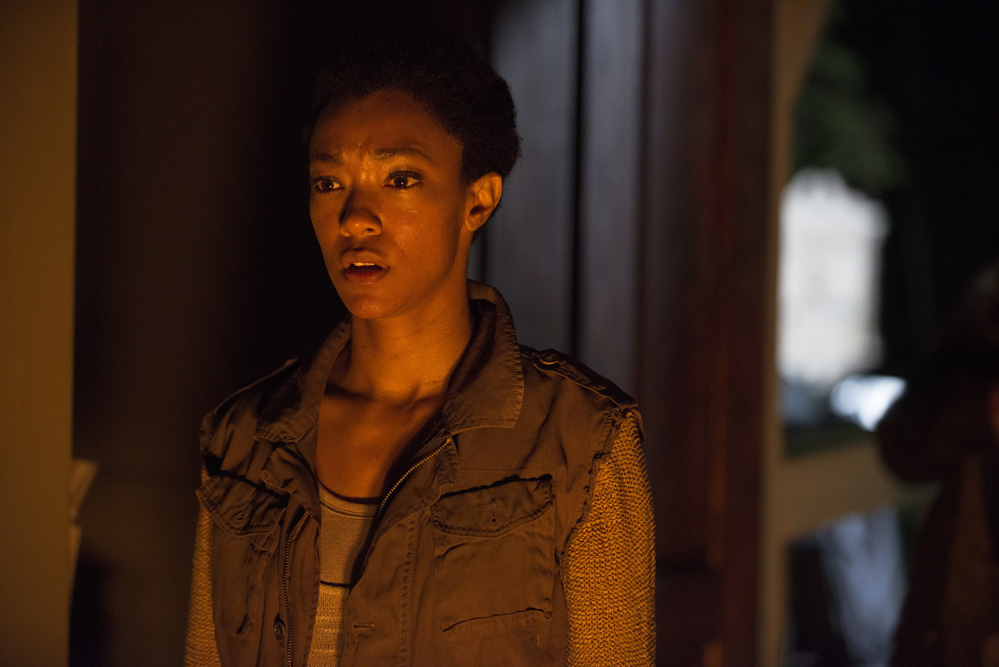 Last night’s The Walking Dead was packed with drama and emotion as the saga of Terminus finally comes to a bitter, bloody end. There were so many moments of cool and bravura acting performances, especially from Lawrence Gilliard, Chad Coleman, Sonequa Martin-Green and Seth Gilliam, that it’s hard to choose which one was the best.

So that’s what we’re going to make you do. Vote in our poll and tell us what was your favorite of these memorable scenes:

Tainted Meat: Bob always can find the “Good Out of Bad,” so even though the Hunters were literally eating him alive and being real jerks about it, at least he could reveal that he was infected and they were eating “tainted meat.” This scene vividly adapted one of the most memorable scenes from the comics. The only question that remains open is whether eating a person who is bitten will cause you turn. We never got to see that because of a later entry.

Father Gabriel’s Confession: We might have expected Gabriel’s confession to come in the form of a big budget flashback, but, no. All the emotional weight of the scene is carried by Seth Gilliam’s performance, and he’s more than up to the task. As Father Gabriel tells how he doomed his own congregation you can feel his confused mix of fear, guilt and rationalization so strongly it’s like you were there with him when he chose not to unlock the doors.

Rick Kills Gareth with a Red-Handled Machete: In the first episode of the season Rick calmly promised Gareth he would kill him with the red-handled machete he had buried in a bag of guns in the woods. And in this episode he kept his promise. With gusto. Rick’s slashes were more than enough to bring Gareth down and felt excessive and personal. In our one glimpse of the body after we can see Rick cut him to ribbons. At the same time other members of the group are also viciously dispatching the other Hunters. And yet this scene is still considerably toned down from the comics version of Rick’s revenge, which probably would have a hard time getting aired on basic cable.

The Death of Bob: Bob is an optimist to the end, even as he dies telling Rick that “nightmares end” and to make a better world for Judith. In his final scene with Sasha, Bob goes out peacefully with a smile on his face. His optimism is only matched by the anguish of Sasha and Tyreese at losing him. The look on Tyreese’s face as he makes sure Bob won’t rise tells more than 10 pages of dialogue could. Great acting in this scene all around.

Daryl’s Return: Yep, Daryl, scourge of squirrels is back. With, uh, somebody who likes to hide and we didn’t get to see. Is it Carol? It’s probably not Carol, why would she hide? Is it Beth? Also probably not for the same reason. Is it a new character? Now that’s a bit more likely. We’re waiting eagerly to see next episode.

The Walking Dead Episode 503 ‘Four Walls and a Roof’ Preview Clip, Pics and Hints at a Shocking Scene
Be the first to comment!
Leave a reply »