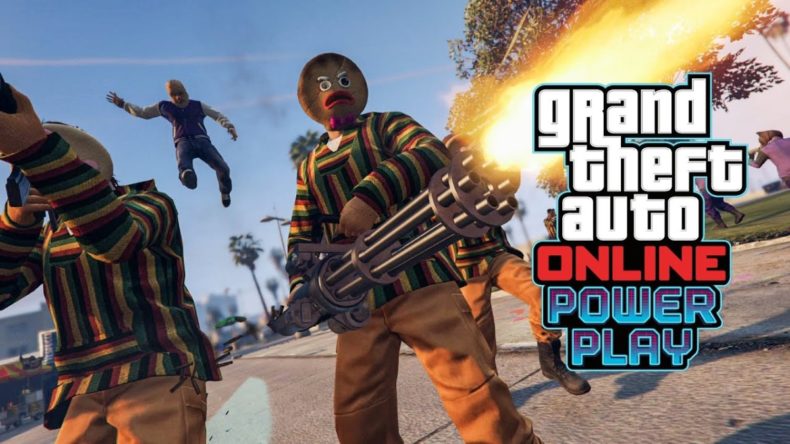 Generally the Grand Theft Auto series has stayed grounded in reality — an exaggerated version of reality, but real enough that the only way a Yeti can appear is if it’s in a hallucinatory sequence. I wonder what the explanation is this time — LSD? I’m talking about Power Play, the new GTA Online Adversary Mode that grants what are undeniably superpowers to its players.
In Power Play, teams work together to defeat their enemies by finding and using powerups that grant temporary abilities. Rockstar’s bullet list details what you’re in for:

Flipped sounds like the Blue Shell of GTA tactics; that’ll be a pain to run into. Players can only use one power-up at a time, and winning will depend on how well-coordinated your team is. Several of these powers used at once in cooperation could result in easy domination.
Power Play launched today and there are three maps in the game where it can be played: Aircraft Carrier, Vespucci Beach, and Bolingbroke Prison. And this week only, Rockstar is offering double GTA$ and RP for playing. Time to power up!

Former Rockstar Exec Suing GTA Makers For Royalties
Be the first to comment!
Leave a reply »