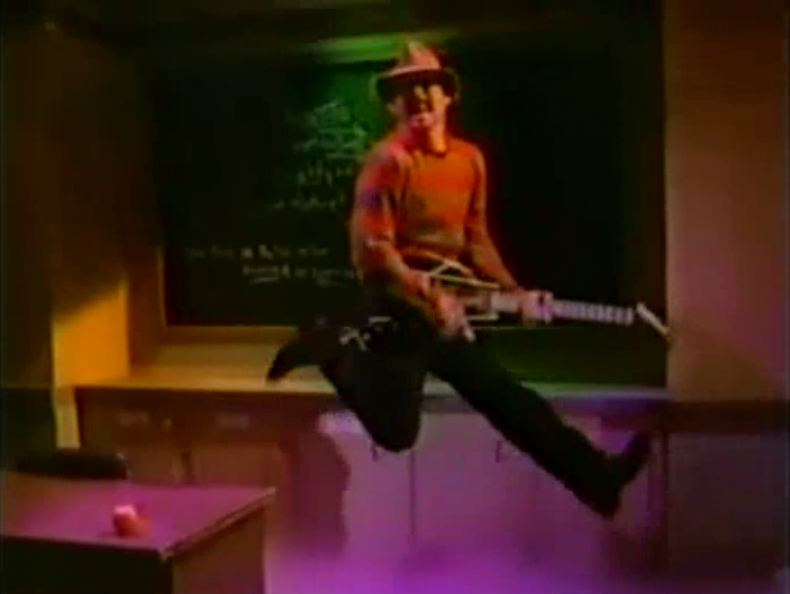 El Rey Network will be running a Nightmare on Elm Street marathon soon. A cable network running a bunch of Freddy movies in a row is nothing special or unheard of, but this extra bit of info is: the marathon will be capped off by the rebroadcast of several episodes of “Freddy’s Nightmares,” the anthology series hosted by Robert Englund in costume.

The show aired late at night for two seasons in syndication, and became incredibly rare afterward. It’s never been made available on DVD, no streaming service has ever offered it, and every time bootleg copies show up on YouTube they are instantly whack-a-mole’d by New Line. There is a large number of curious horror fans who have never seen Freddy’s Nightmares because they’ve never been given the opportunity, and they’ve been searching for years.

If you’re one of them, now is your chance. Or rather, February 13th is. El Rey will be bookending their new marathon with eight Freddy’s Nightmares episodes, and the whole thing will be hosted by new commentary from Englund himself. The first through the fifth movies in the series will be shown for the remainder of the day. Left out of the lineup is #6, likely because everybody hates it, but I really needed to see that scene of Freddy wearing a Power Glove. Eight episodes of Freddy’s Nightmares will air, four each on February 13 and 14.

“FREDDY’S NIGHTMARES: THE ART OF DEATH”
A tormented young artist freaks when his latest cartoon, The Phantom, leaps from the page to do his bidding. Meanwhile, after undergoing a traumatic experience, a claustrophobic is driven to the brink of madness.

“FREDDY’S NIGHTMARES: BLACK TICKETS”
A young couple elope in search of freedom, but find themselves trapped in Springwood.

“FREDDY’S NIGHTMARES: DEADLINE”
A newshound finds himself too involved with the obituaries he has to write. Also, Emily is the only survivor of a car accident that claims the lives of her friends, but their spirits and a strange man torment her.

“FREDDY’S NIGHTMARES: JUDY MILLER, COME ON DOWN”
A married woman is into watching game shows. She gets onto one, which becomes a nightmare wherein if she answers correctly, her husband dies. She wins $1,000,000, then travels back in time, warning herself to get rid of the money or else her husband will die.

“FREDDY’S NIGHTMARES: LOVE STINKS”
After teenager Adam is coerced into having a one-night-stand with Loni, a girl he meets at a party, he finds that she’s looking for a more permanent relationship. Meanwhile, Adam’s friend Max is forced to abandon his planned summer trip and take a job in a pizza place working under his creepy, tyrannical uncle.

“FREDDY’S NIGHTMARES: NO MORE MR. NICE GUY”
On this evening’s program, the repulsive Freddy Krueger (Robert Englund) explains how he became the bon vivant and fashion plate whom we know and hate so well. Freddy’s ramblings lead to the evening’s drama, all about a fellow who decides that the best way to get ahead is to stomp on everyone in his path.

“FREDDY’S NIGHTMARES: SATURDAY NIGHT SPECIAL”
Greg will lie about anything to get a date with a hot girl, but when she ends up being everything he has already lied about, he must die. Then her roommate wants to get ahead at work so is introduced to a beauty czar who makes her exquisitely lovely, which spells her downfall.

“FREDDY’S NIGHTMARES: SISTER’S KEEPER”
In this follow-up to “No More Mr. Nice Guy,” the twin daughters of the cop who killed Freddy find that whenever one is attacked by the man of their dreams, the other is wounded. So the sisters team up to try to get Freddy out of their dreams for good.

If you’ve ever wanted to see this rare series, don’t miss this marathon…if possible. They start airing at six in the freakin’ morning, possibly three on the West Coast.

Tales From The Crypt Being Revived By TNT And Shyamalan