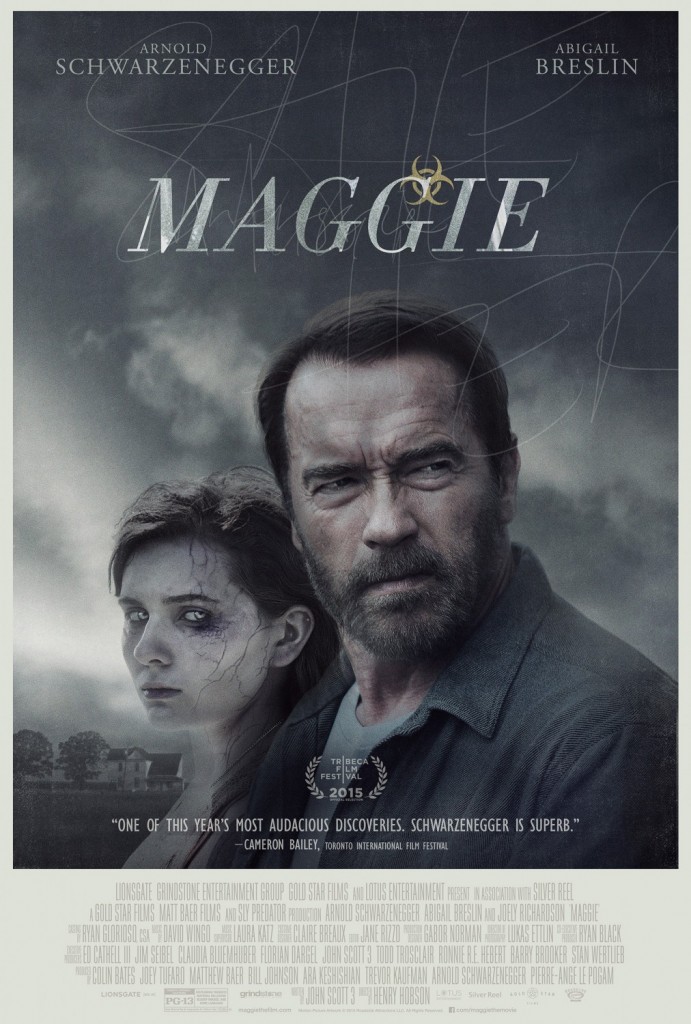 He’s battled in post-apocalyptic gladiator tournaments, he’s been on Mars, he’s faced terrorists, he’s faced robots, he’s BEEN a robot, but somehow, Arnold Schwarzenegger has never had to fight zombies. He actually got PREGNANT before he fought zombies. Fortunately this oversight will soon be corrected, though late in the man’s career.

Lionsgate will introduce “Maggie” at the Tribeca Film Festival later this month. The titular character, played by Abigail Breslin, is the 16-year-old daughter of Schwarzenegger’s character. She becomes infected and will turn completely in eight weeks if he can’t find a cure. This mostly looks like a touchy-feely fatherly bond-y picture, but if there’s one zombie in it, maybe there will be more, and maybe he’ll have a shotgun-toting fight scene, and maybe we’ll get a one-liner like “I take the un out of undead.” Once can only hope anyway. We’re running out of time for this to happen.

In addition to the Terminator and Breslin, the film will also star Joely Richardson, Amy Brassette, Aiden Flowers, and Rachel Whitman Groves, and be directed by Henry Hobson. “Maggie” will be released in limited theaters and on demand at home this May 8. Check out a trailer for the film below.

Arnold Schwarzenegger Zombie Flick Coming
Be the first to comment!
Leave a reply »