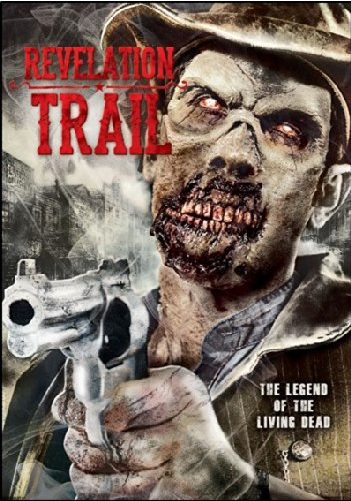 The zombie western has officially been re-invented as a genre in the past few years and that re-invention continues with the release of the 2013 movie “Revelation Trail” on DVD. Originating from a Kickstarter funding campaign beginning, “Revelation Trail” has a conflicted preacher and a marshal battling zombies in the Old West. Extras include audio commentary from the director and two main stars, four behind-the-scenes featurettes, a blooper reel and a music video from Angry Johnny and the Killbillies.