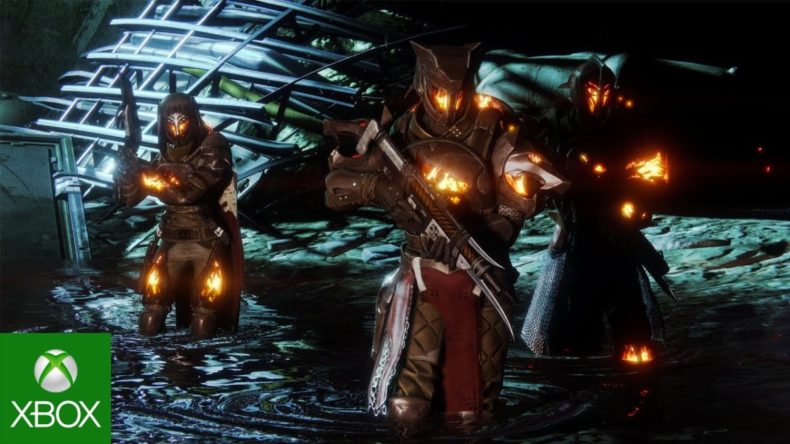 We’ve got about a week to go before Destiny: Rise of Iron. If you were questioning why the final trailer hadn’t shown up yet, here it is.
Rise of Iron is Bungie’s biggest expansion yet with a giant new story, plenty of new items, weapons and gear to collect, new enemies to fight and large new areas to explore. This is a trailer for the XBox version, so the official breakdown from Microsoft follows the trailer. Rise of Iron will see you September 20th on PS4, XBox One and PC.

Gjallarhorn. It’s Back. In Black. Pre-order and get the black and silver Iron Gjallarhorn Rocket Launcher.*
Destiny: Rise of Iron is the next highly anticipated expansion to the Destiny universe. The wall which stood for centuries along the southern border of Old Russia has collapsed. Fallen mutants now scavenge the tombs of the Golden Age, and the plague they have unearthed in the wastes is more dangerous than even they understand. Join Lord Saladin. Journey into the Plaguelands. Learn the fate of the Iron Lords and stop the growing threat before it is too late.
Includes:
• New Story Campaign & Quests
• New Armor and Gear
• New Weapons
• New Raid
• Maximum Light Increase
• New Strike
• New Plaguelands Zone & Social Space
• New Crucible Mode & Maps
• New Enemy Faction and Bosses
Requires Destiny game and The Taken King (includes Expansions I & II). Sold separately.
*Access to Iron Gjallarhorn starting 09.20.16. 14 GB available hard drive storage space required as of 09.16. Subject to change. After 09.16 visit www.destinythegame.com/size-requirements for current requirements. Additional storage may be required for mandatory updates, setup, and features. Users are responsible for broadband internet access and usage fees. Various elements and functionality of Xbox One Destiny game require Xbox Live subscription, sold separately. Please see www.destinythegame.com for further details. Activision may modify or discontinue online services without notice at any time. Terms and conditions apply.