Robert Kirkman Has A Plan For The Walking Dead’s Ending 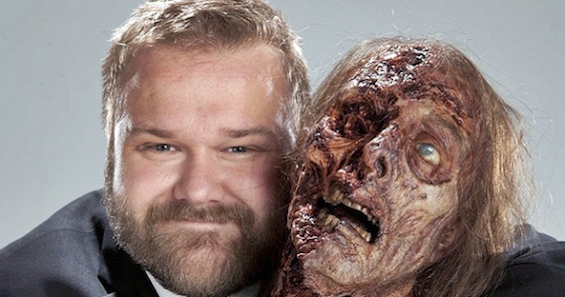 Speaking with Marc Maron on his WTF Podcast, The Walking Dead creator Robert Kirkman revealed that he does have an end goal in mind for his very long running series, whenever that happens.

“It’s a very popular show, and they seem to want it to go for 50 seasons. And it may go for 50 seasons, but there is definitely an end point at some point. The idea is that this story that’s longer than it has any business being, but it’s that length and watching those characters evolve over that time that’s gonna make it be this piece, that when it’s all done, you’ll look back on it and be like, ‘What the hell, I thought they were just killing zombies. There’s totally an arc here and a thing going on, and I didn’t think the story was about this!’”

Kirkman didn’t reveal the “this” the story is allegedly about. But he was also asked if he would allow the TV series to end with a cure for the zombie plague being found, or at least some assurance that humanity would recover eventually. He seemed open to the idea.

“Maybe. You never know. I do hope that The Walking Dead goes on long enough that when it ends, it’s like, ‘Good thing we took care of those zombies.’”

The Robert Kirkman episode of the WTF Podcast can be heard and downloaded here.