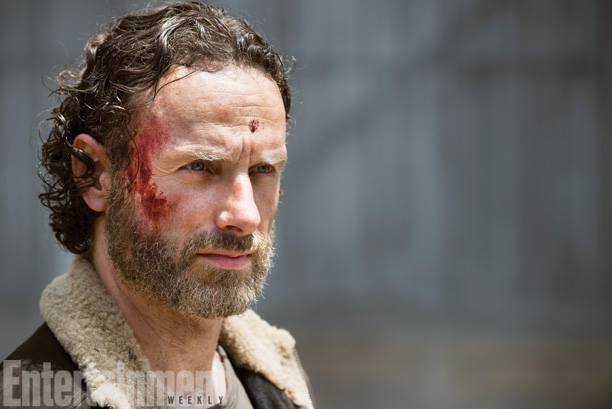 You remember the old Rick. He farmed. He took more than one season to deal with the Governor.

The Walking Dead Creator Robert Kirkman promises that the residents of Terminus aren’t going to be facing that Rick. They’ll be facing the Rick that rips people’s throats out with his own teeth, and it sounds like they’re in a bunch of trouble.

“As we saw in the final moments of season 4. I think that he’s definitely a more capable Rick and a more prepared Rick, and while the situation might actually be far more dire and deadly and dangerous, he’s possibly going to handle it much better. I think we’ll see a very different way of handling conflict this season,” Kirkman told Entertainment Weekly.

“That’s a place he gets to in the comic book series, and I know everyone’s been asking “When’s that guy coming? When are we gonna see that guy?” I can say with confidence that he’s here, and Andrew Lincoln is having, I think, a great time with it,” he said.

Kirkman also said the first episode would reveal the story of Terminus.

The lead would seem to be the cannibalism theory, but you never know with Kirkman.

Kirkman also refused to confirm what character new cast member Seth Gilliam was playing. When EW asked him about adding so many actors, like Gilliam, Chad Coleman, and Lawrence Gilliard Jr. from The Wire, Kirkman said he’d like to get Idris Elba, too.

That may have been a joke, but it sound awesome. Please do that.