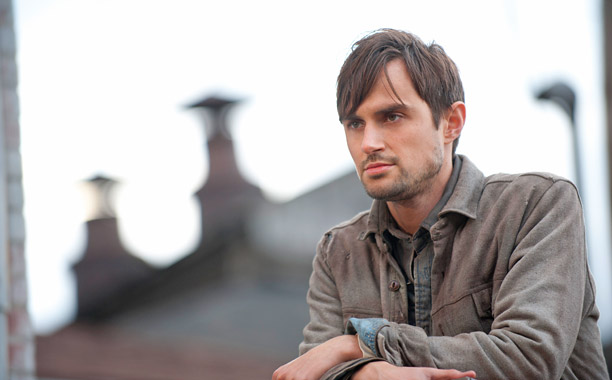 The Walking Dead Creator Robert Kirkman built an empire on high quality drama, but he propped it up by teasing fans with hints and suspense.

As we wait out the agonizing six months until we find out just how The Walking Dead survivors get out of that train car, he’s already started dropping some tantalizing teases as to what will happen. And holding back even more just to keep us on edge.

It starts with this Entertainment Weekly interview, which has some interesting hints about Gareth, the smooth-talking apparent leader of Terminus.

“He is a very interesting character and he is based on someone in the comics. So there are some pieces of him in the comic book series that you could dig out if you were a bit of a detective, and we’ll definitely reveal more next season. He’s a big character,” Kirkman said.

And some general teases about the new season. When asked if the people of Terminus are cannibals, Kirkman said:

“Stay tuned for season 5! But I do enjoy looking at the speculation and I will say that some people are right and some people are wrong, which is always the case. And I think that people are going to be pretty excited when we come back in season 5. We’ll be revealing very quickly what it is that is going on and what it is that Rick Grimes and everybody else are up against. We’re not going to be keeping that close to the vest for too very long. So in our big season 5 premiere we’ll get some answers,” Kirkman said.

Finally, where the the heck are Beth, Tyreese, Carol, and Judith?

Poll: Were the Residents of Terminus Truly Evil?
Be the first to comment!
Leave a reply »