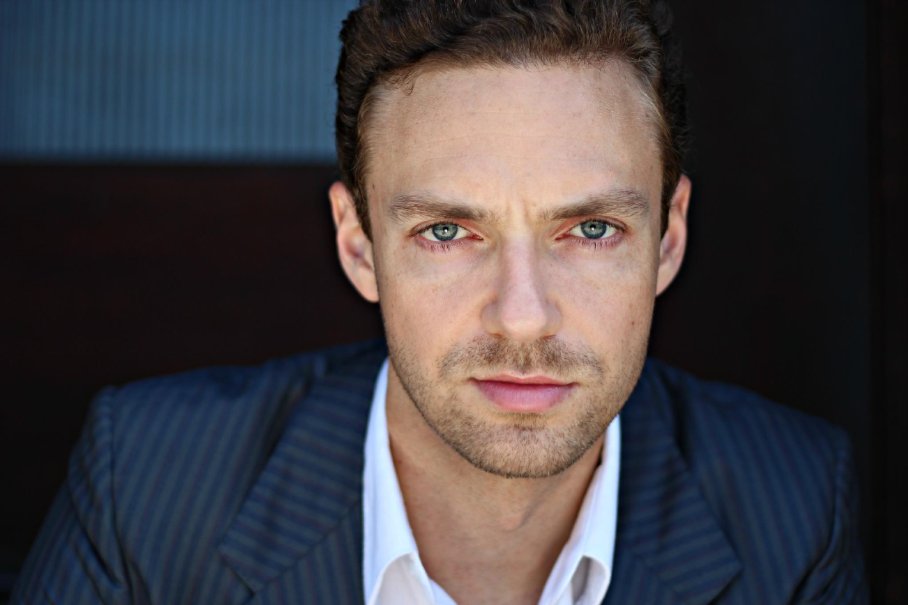 The Walking Dead will premiere a major new “mystery” character in the back half of season five, and Entertainment Weekly has revealed this character will be played by Ross Marquand.

Marquand has a long list of credits, but mostly not in things that were widely seen. He did play Paul Newman in Madmen and voiced Han Solo in a Phineas and Pherb Star Wars special.

But we can expect he’ll be obscure no longer when he plays this mysterious unrevealed character.

Who will that character be? If you want to be surprised jump off now.

The Walking Dead creator Robert Kirkman has said the show will add a major new gay character soon. And the show is just about at the point in the comics timeline the group encounters a settlement called the Alexandria-Safe Zone near Washington, D.C.  Noah’s dialogue about coming from a place with walls makes it clear he’ll lead them there.

In issues 67 and 68 of the comic the group meets a gay couple, Aaron and Eric, who work as recruiters for the safe zone. In almost the same setup as Terminus the Alexandria recruiters test the survivors they find, inviting any that seem peaceful to join them, killing any that seem a threat. At least they don’t eat them, though.

Speculation, then, is that Marquand will play either Aaron or Eric.  Physically he looks a lot like Eric, but we’ve seen that physical resemblances often change when adapted from comics to screen.

So what do you think of this announcement? Discuss on our forums.

What Was Up With the Ending of ‘Them?’ (SPOILERS)
Be the first to comment!
Leave a reply »