‘You Are Not Safe’ In This New The Walking Dead Promo 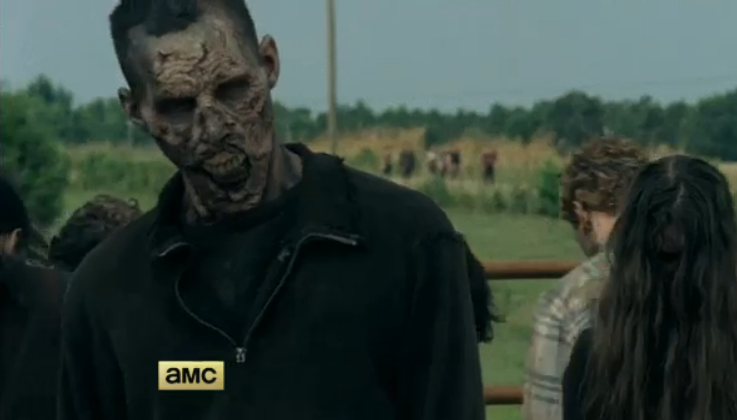 This new trailer for season five of The Walking Dead makes it appear that the most dangerous thing in the new season starting Oct. 12 isn’t Terminus, and it certainly isn’t walkers. It’s Rick.

That falls well in line with Andrew Lincoln’s recent promises about a more brutal and adult season. Here’s Rick’s voiceover for the trailer.

“I will kill you. No  Matter what anyone says, no matter what you thank, you are not safe,” Rick says. That’s not a typo, Rick says “thank” because he’s a good ole country boy.

To be fair to Rick, it sounds like a bit was cut at the beginning where he qualifies the statement by saying this will happen if someone hurts his family or friends.

Our forum members have been picking the trailer apart, pulling out juicy tidbits like this handsome guy:

So join them in the thread, won’t you?

New Promo For The Walking Dead Season 3
Be the first to comment!
Leave a reply »