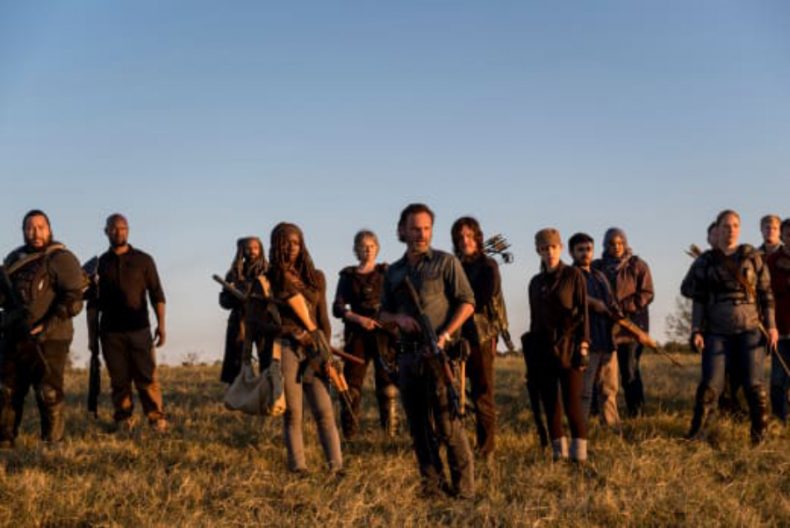 We know this Sunday’s season finale of TWD is supposed to end the war (all the promos have made that clear) but does it signal a transition for the entire series? Is that what showrunner Scott Gimple is implying in a new interview with EW.com?

“This episode isn’t just like these 15 episodes coming to a conclusion, but Angela and myself and the writers had always talked about this in many ways being sort of the conclusion of the first eight seasons,” Scott said. “This show will be very much a new show next year and with a bigger, new narrative. It was something I was really excited about getting into even before season 8. And so there was just a certain weight in the air of the kind of conclusion that we were getting closer to. It was a weird graduation for everybody.”

Time will tell if the viewers will agree with Scott, but we do know he’s reached a conclusion of his own. After running the show for multiple seasons, Sunday’s episode will be the last with Gimple as showrunner. He’s handing the baton to Angela Kang for Season 9. “I love show-running this show, and it’s definitely tough to let that aspect go, but working on both shows has been awesome. Working with Angela has been awesome, working with [Andrew Chambliss and Ian Goldberg on Fear the Walking Dead] has been awesome.”

The season finale of TWD airs this Sunday on AMC, followed by the season premiere of Fear The Walking Dead (now with Morgan!)