Scott Gimple: The Walking Dead Could Last 10 Years or Longer 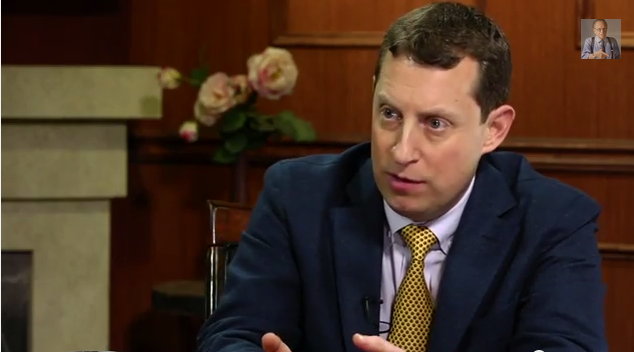 During a recent appearance on Larry King Now, The Walking Dead Showrunner Scott M. Gimple said the show could go on for more than 10 years, but that might mean the current cast gets replaced with a whole new set of survivors.

Gimple said that considering the amount of deaths on the show and other factors “After 10, 12 years, it could shift into a whole new cast.”

After host Larry King told Gimple he did 26 years of Larry King Live at CNN, Gimple joked that the show would go on for 27 years.

Gimple also answered a host of fan questions. He was very cagey and avoided answering most questions about season five directly, but here are some highlights.

Will Daryl ever find love?

Will we find out what happened to Beth?

“I think it’ll continue to be a remix,” Gimple said, with some things directly from the comics and some things inspired by but different.

Will There Be Another Romance Apart From Glenn and Maggie?

“You know what, I’m going to say yes,” Gimple said.

Will We See Morgan Again?

Gimple also called the comics the “Rosetta Stone” for the show, saying that The Walking Dead special effects master often has them open near him when he directs.