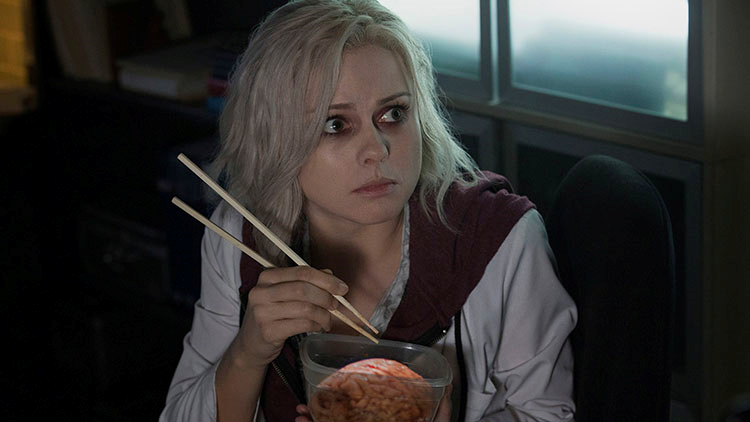 The 2014 Comic Con is not even 24 hours old and already there have been a pair of cancellations – first the Goonies reunion panel and now a screening of the pilot for the upcoming CW series “iZombie” about a coroner’s office assistant/zombie [Rose McIvor] who eats the brains of the corpses coming into the office and then help’s police solve crimes based on information she has gleaned from the brain contents she has eaten. The reason given for the cancellation was due to ongoing cast changes, however, a scheduled panel for the show tomorrow will not be affected.

“iZombie” is currently scheduled to debut on the CW network in 2014.