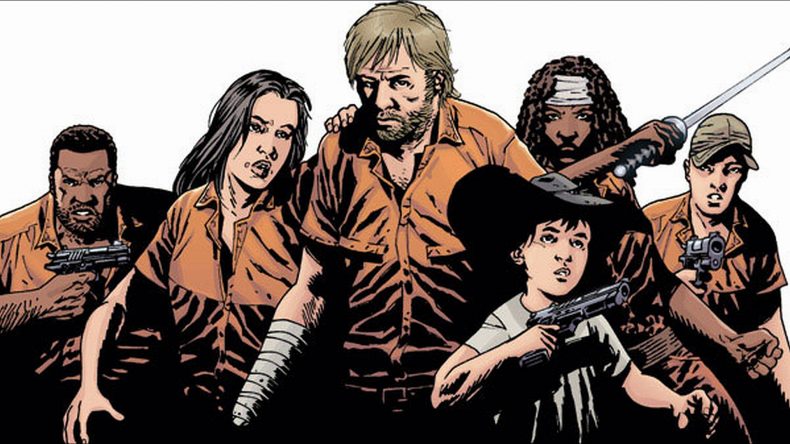 The Walking Dead panel happened yesterday, but not the one everybody’s waiting for: this was the quieter, more low-key panel based around the original comic book. Writer Robert Kirkman and artist Charlie Adlard sat down, revealed a few secrets and answered a few questions.

The biggest revelation? When Kirkman came up with Negan, he originally went by the name “Negas.” But “then I remembered that the high commander of the Ferengi in ‘Deep Space 9’ was the Grand Nagus, so I thought, oh, that’s where I got that — maybe his name is Negan.”

How does Kirkman know when it’s time for a character to go? When he’s bored. “Some characters are introduced with a very clear arc, but other times I’m writing an issue and I just go, uh, this issue’s a little boring.” That’s when he kills someone. And then he’s not bored!

Sometimes the twists surprise even them. Adlard said about getting Kirkman’s scripts, “I enjoy reading it as a fan rather than knowing months in advance what’s going to happen.” Kirkman added, “I forget the stories I write almost as soon as I’m done writing them, so I get the art pages back and I’m like, Oh my God!”

Kirkman admitted though he claims to have always known how the series would end, the ending itself has changed multiple times. “There was one version that would have had it ending as soon as everybody reached Alexandria.”

Finally, some fool asked who Negan was going to kill on the show, as if Kirkman was going to answer right then. Kirkman threw him a bone by saying “It’s not Rick.” Looks like AMC filmed Rick’s death scene for nothing.