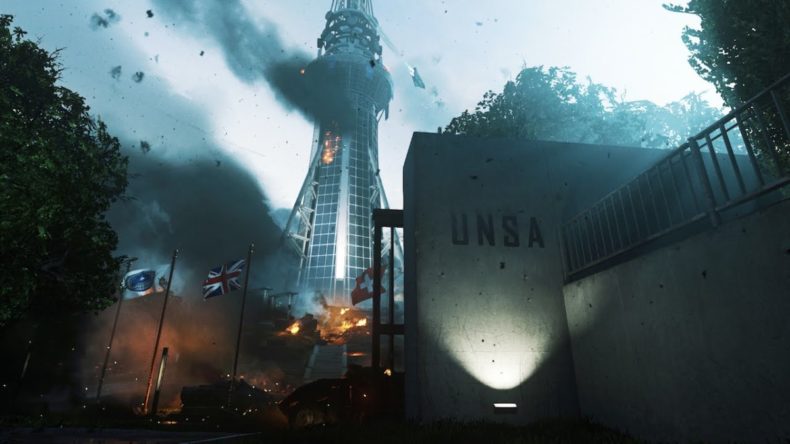 Infinity Ward, developers of Call of Duty: Infinite Warfare, demoed the first 12 minutes of their game this afternoon at San Diego Comic-Con. In this opener you play as Capt. Nick Reyes of the United Nations Space Alliance, fending off an attack on Geneva by the Settlement Defense Front. Stuff goes boom.

This opening chapter is called “Black Sky” since the battle soon escalates from the ground into outer space. This location shift will be the norm for most of the game.
Activision announced today that Terminus, a fan favorite map from Call of Duty: Modern Warfare 2, will be remade in Infinite Warfare. Originally based in an airport, the new Terminus map will be set inside a moon base. Activision isn’t showing footage of this map yet, but they did reveal some concept art during the announcement…

Call of Duty: Infinite Warfare will be out November 4 for Playstation 4, XBox One and PC.