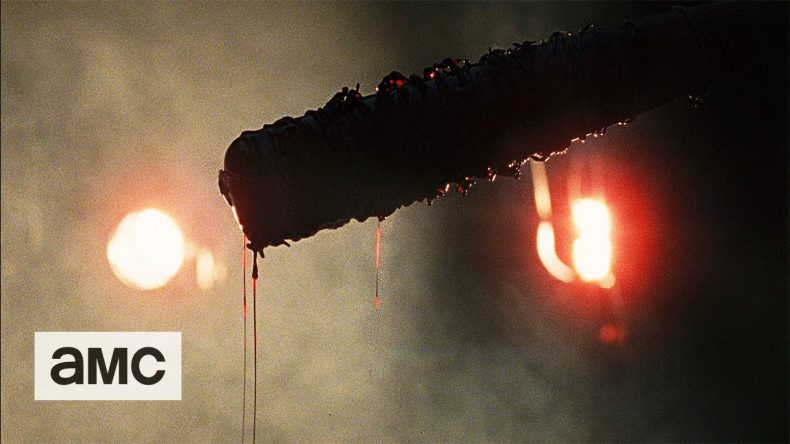 Today is the day, people! Today is the day AMC releases its first look at The Walking Dead Season 7. And if you think the identity of Negan’s victim is going to be revealed within it, you’re way too naive (not that it’s going to stop some people from analyzing every frame).

We see plenty of every character that wasn’t part of that massive grouping: Jesus, Morgan, Carol, etc. We find out exactly what to expect from the undead next season, with plenty of clips from zombie attacks. And most importantly, we get our first big look at The Kingdom, the community led by big bearded Ezekiel and his tiger.

One burning question people had was if this tiger would be real or CGI. Looks CGI to me.

The real countdown to Season 7 begins now. If you don’t want a montage of clips from Seasons 1 through 6 and just want to get to the meat, skip the first minute.

AMC also released a teaser ahead of the panel, which did nothing but recap the end of Season 6. Included here for the sake of completion:

For the one answer you really want, keep waiting for The Walking Dead Season 7 to start October 23, 2016.