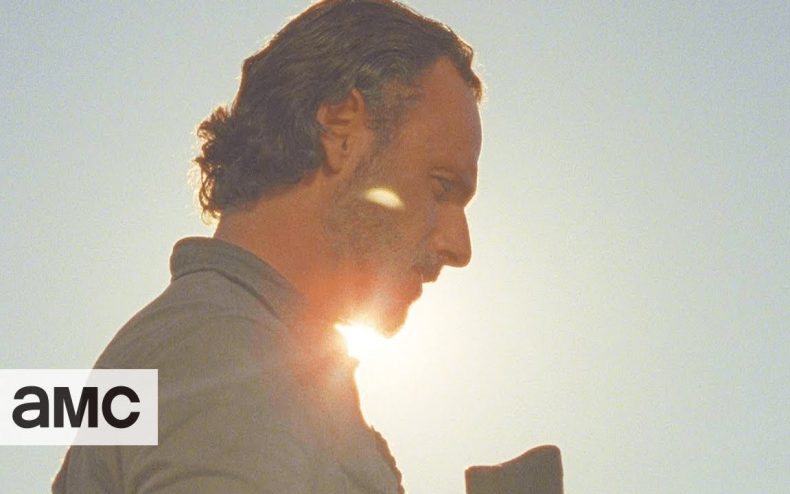 This is it, folks — the first BIG look at Season 8, courtesy of San Diego Comic-Con! It was let loose during the Walking Dead panel this morning — and we mean BIG. At over five minutes in length, it’s the longest first preview we’ve ever gotten for an upcoming season. Too bad most of it is filler shots of people wandering around, building things, peering through spyholes, carrying wood, looking at the tally marks on their guns, etc, etc….What we’re saying is do yourself a favor and skip to minute 3, when things start blowing up.

The final shot of the trailer is VERY strange, depicting a cane and then an old man version of Rick in a coffin (who is alive). Given the foggy cinematography and the fact that it makes no sense, we’re 99% certain the scene is from a dream and not from a canon jump in time. That would be quite the departure from Kirkman’s books, and he wouldn’t appreciate it. While a time jump does occur in the comics eventually, it doesn’t happen nearly this early.

Ah, but there’s more: there’s the spinoff series. Have a second trailer, this one for Fear The Walking Dead:

Rest assured the slow pace of Season 3A will be replaced with some fast-moving action, as if peace was possible anymore given recent events. The worry here is that the conflict will come off as a weaker version of what’s currently going on with TWD. For what it’s worth, I liked Season 3A.