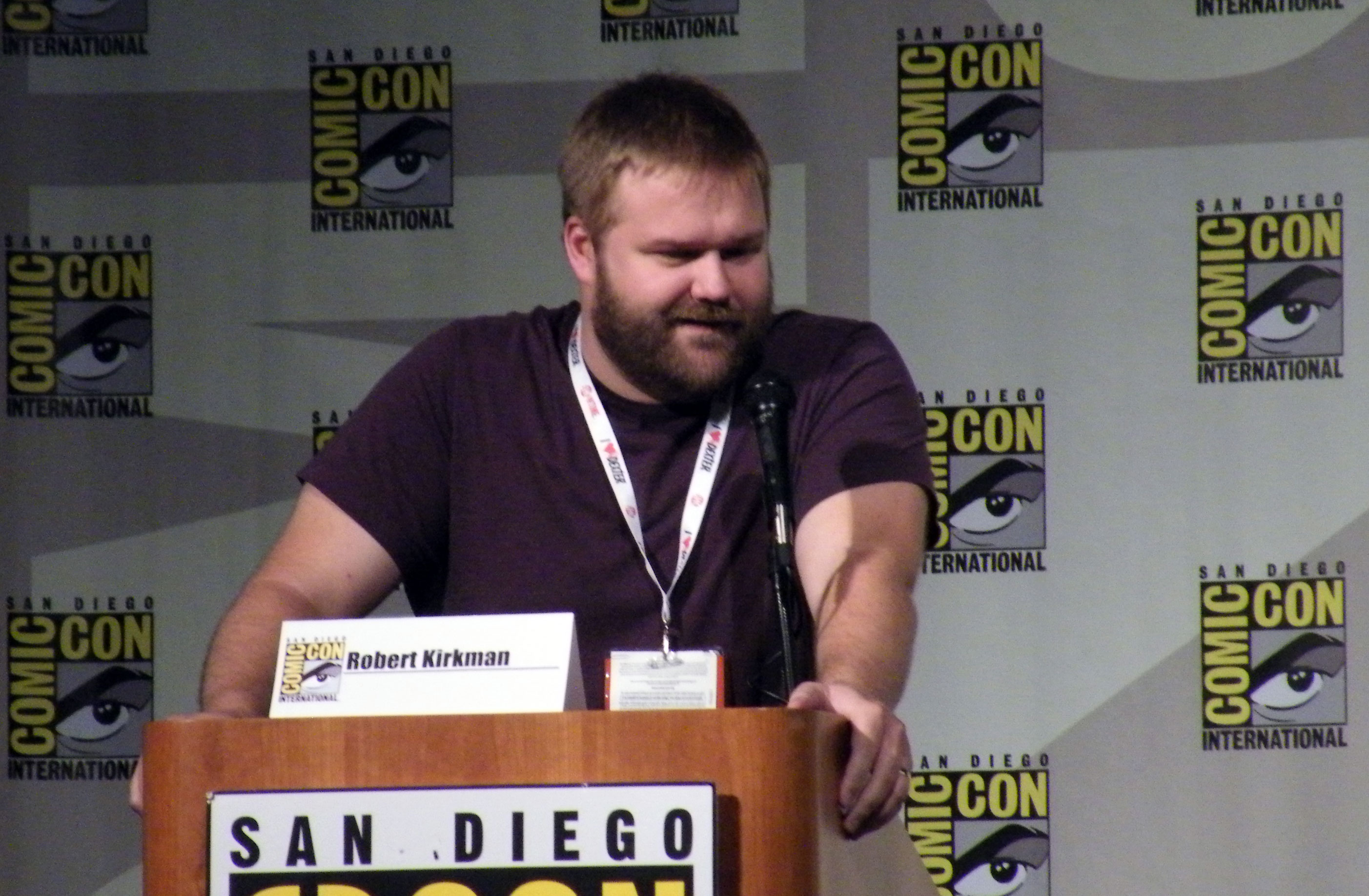 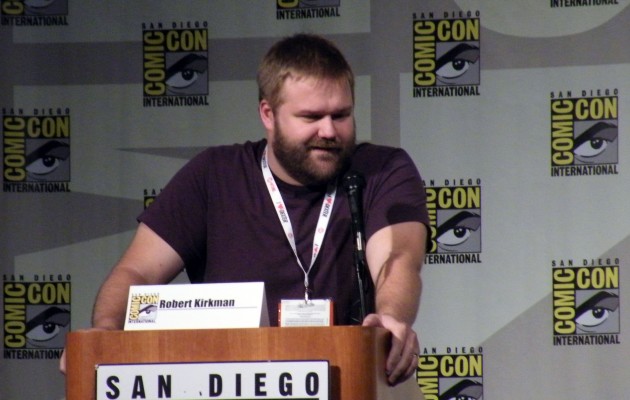 Kirkman handled some brief technical difficulties with a great sense of humor. He kept the audience laughing until the issues were resolved. He then welcomed the audience to the panel and reviewed some upcoming plot points for The Walking Dead comic series.

The twelve-part story arc, “All Out War”, will begin with Issue #115. The release date is October 9, 2013 and all twelve issues will be released over the course of seven months. Kirkman mentioned Stefano Gaudiano would be coming on board to help them kick those twelve issues out during the shorter cycle as an inker.

According to Kirkman, “All Out War” will be the culmination of everything that has been happening thus far. He joked about the death of Rick in the last issue and apologized for the spoiler, to which the audience responded with laugher. Kirkman told the audience that Negan and the Saviors are causing a lot of trouble. Rick and his cohorts decide to try to and take him down.

Kirkman added that he had always wanted to get The Walking Dead to a point where civilization has survived long enough to return to the conflicts of more modern societies, where squabbles turn into wars.

After revealing the covers for Issues #116 and #117, Kirkman told the audience that a special full-color edition of Walking Dead #1 will be released in October. Bonus materials will be included with the re-issue.

Kirkman then moved the panel to the Q&A portion. He kidded the audience and told them they were going to ask him questions about Norman Reedus that he couldn’t answer.

The first audience member wanted to know if he was ever going to make it to the Lexington Comic & Toy Convention in Kentucky. Kirkman joked that he was very busy and too expensive. Other panels at other cons were not the appropriate time to ask about appearances at other cons.

The next individual wanted to know if readers would ever hear more about Negan’s back story. Kirkman liked that he was an unknown. He said we’d find out more, assuming Negan doesn’t die first.

The third audience member wanted to know if the Hunters would end up as a storyline in the television show. Kirkman was non-committal. There will be storylines like the Hunters storyline. He said that if they didn’t show up, it would be because they found a storyline that felt a lot better.

The following individual wanted to know if there were any plans to release more color reprints of the comic series. Kirkman jokingly said that they’d issue a color reprint of Issue #2 for the 20th Anniversary.

Big fan of all things Walking Dead. From the comics, to the games and of course, the TV show. Also a huge movie nerd. I Love Sci Fi and adventure movies but will pretty much watch anything.
You might also like
Daryl and Merle DixonNorman Reedus

The Walking Dead: Survival Instinct – The Adventures of Daryl and Merle
comments
Leave a reply »