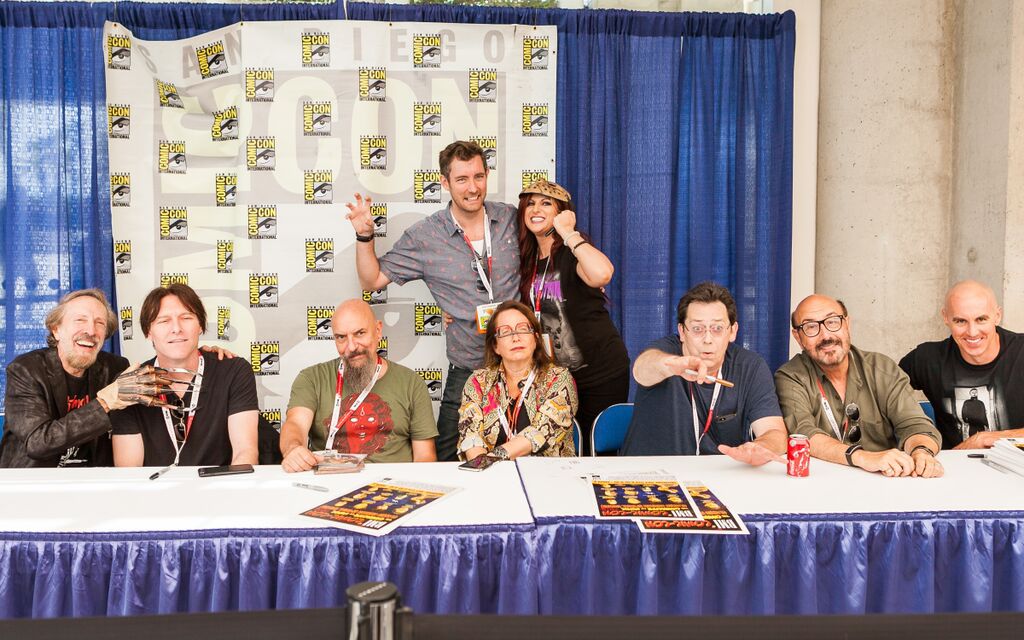 The panel was moderated by Anne Cecere of BMI and Chandler Poling of Krakower Poling PR. Things kicked off with a bang when actor Douglas Tait, who played Jason in Freddy vs. Jason, made a surprise appearance holding what looked to be Freddy Krueger’s severed head.

According to Krakower’s official description, “the panel discussion touched base on thematic music in horror films and how certain sounds cause chills.  Each panelist discussed their writing process, their interactions with acclaimed directors, and the creative force that drives them to produce such stunning, iconic music.  Charles Bernstein summed up the experience best by stating, “Comic-Con isn’t just a pop culture convention. It’s a celebration of the imagination. We are all here celebrating together and that’s really something special.”

Fans also got to meet and chat with these composers personally at the autograph session prior to the panel, at the Saild Pavilion. Participants were given an exclusive Comic-Con poster which many had the composers sign. “I’ve always wanted to meet Charles Bernstein,” one attendee said.  “His scores mean so much to me – thank you for putting this together.” Another attendee confessed enthusiastically to Harry Manfredini, “It’s such a pleasure to meet you. Your music gives me nightmares.”

Another attendee put it this way: “This was the best music panel I attended the entire convention. The others don’t compare.” Two women, a mother and a daughter, approached the moderators saying, “Thank you for putting a woman on the panel.  It was great to hear from Laura Karpman.  My daughter wants to be a composer and it’s inspiring to see a woman on one of these panels.”