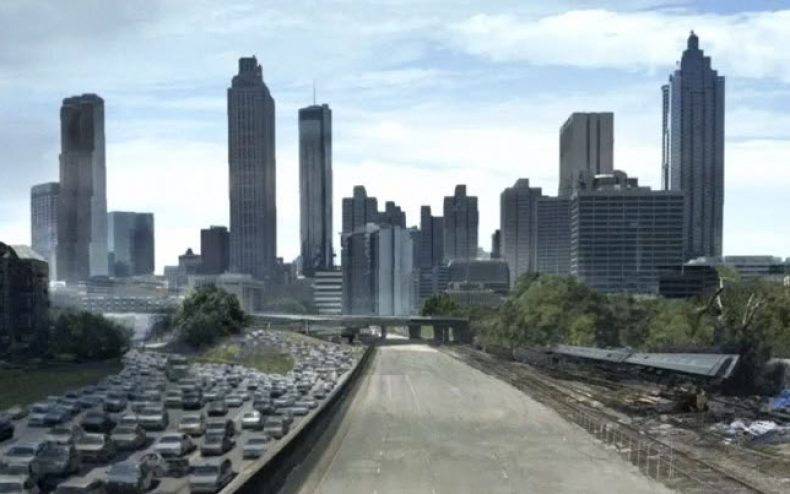 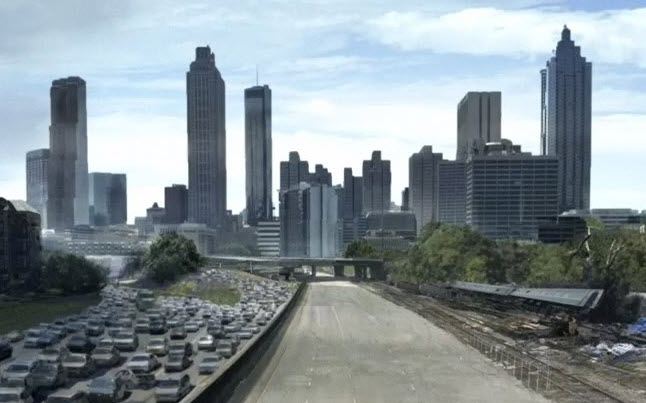 The Walking Dead season 2 is currently filming and in production and the show is looking to change directions in season 2.  In the first season of the show, which was 6 episodes, the series had a major focus on the large metropolitan area of Atlanta, but this time according to Robert Kirkman it will be more focused on the rural areas outside the major population centers.  Kirkman wanted to give the viewers an inside view of what the major cities would be like, and now that we have had our taste of Atlanta, it is time to move on and focus on what will become season 2.

“Season 1 focused on Atlanta so much, and we got to see desolate Atlanta and how this stuff affects cities,” he began explaining. “But rather than repeat ourselves we’re going out into the woods. We’re gonna see a lot of rural roads and open fields see how bad things are as you get away from the city centers.”

The introduction to the rural areas in season 2 will bring about Hershel’s Farm, which happens to be part of the comic book series.  While the jury is still out on who will play the characters that will be introduced at Hershel’s Farm, we do know that it will be at least three new characters.  There will be Hershel, his younger daughter Maggie and Otis.  It is believed that Glenn will have some sort of romantic engagement with Maggie, the daughter who is in her younger twenties.

While not giving away too many details on season 2, Kirkman went on to say that he cannot wait for the viewers to meet Hershel.  This alone leads me to believe that he has something in store for us in season 2 when we finally get to see the new characters and Hershel’s Farm.

A big fan of The Walking Dead television series. In my spare time I enjoy blogging and simply hanging out. Oh and lets not forget, Go NY Giants!
You might also like
GlennHershel's FarmTV Series