Season 3 Premiere of The Walking Dead on October 14th 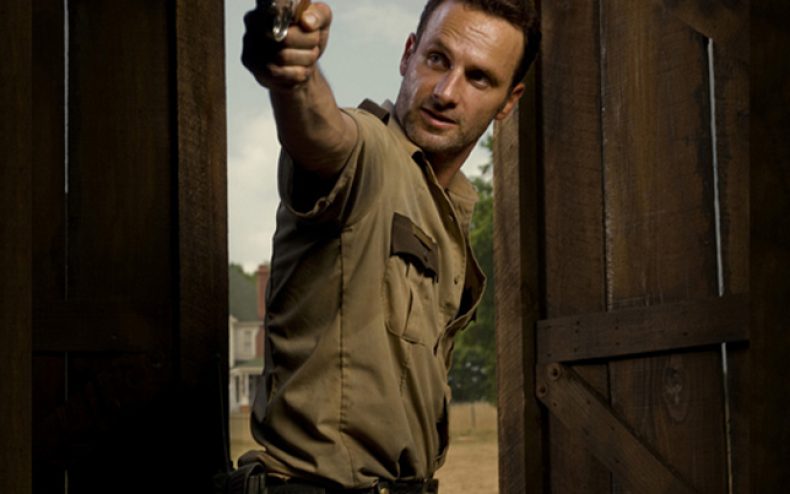 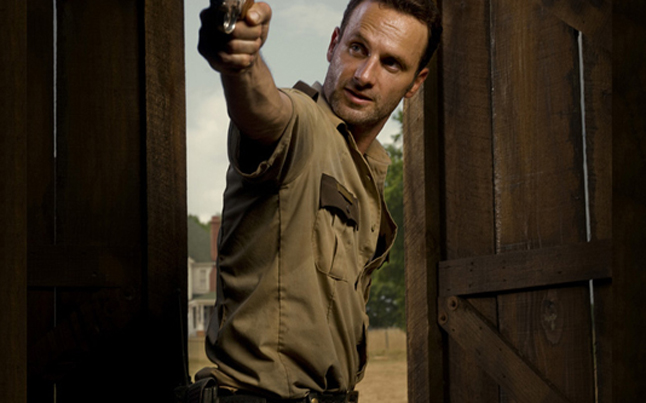 The date for the season 3 premiere of The Walking Dead has finally been answered, and it will premiere on October 14th. The announcement came at this years Comic-Con in San Diego, and it has been a question so many fans have been asking. The 3rd season of the show will kick off at its normal time on Sunday which is 9/8c, and we are expecting big things this year.

When is the season 3 premiere of The Walking Dead?

We tried to guess the date back in mid-June for the season 3 premiere, but we missed it by one week! I had thought that the 21st was looking good for a start date, and that the 14th was too early…but I was wrong. Either way, it is great news that the season 3 premiere is on the 14th because that is less time we have to wait!

According to TV Guide, this year’s Comic-Con really answered a lot of questions, and here are some of them besides the third season start date.

1. The Season 3 trailer rocks: The super-spoilery trailer, which you can watch below, features Rick preparing the group to take over the prison from hordes of walkers. But the walkers aren’t the only problem. Andrea (Laurie Holden) and Michonne (Danai Gurira) have been taken by The Governor (David Morrissey) to Woodbury, and Andrea let’s slip that she’s not the only survivor. The Governor jumps at the chance to take the prison for his own — and it doesn’t look like he’s just going to say please. To be fair, Rick isn’t going to give it up either. Also of note, Andrea and Michonne see a helicopter crash, and Lori (Sarah Wayne Callies) tells Rick she knows he’s not a killer. Plus: Merle (Michael Rooker) returns!

2. The Ricktatorship: Rick made it very clear to the group that their survival depends on him being a leader, not the group participating in a democracy. But Rick will learn this season that he needs people to survive. “He’s been pushing people away to protect his son; in doing so, he loses his humanity,” Lincoln said. “Rick has isolated himself from the group and in his marriage and that’s the way he’s been protecting everybody… The season is very much about him realizing that he does need other people to survive.”

3. Lori’s issues: Sure, it may have seemed like Lori went all Lady Macbeth on Rick last season by telling him to take care of Shane (Jon Bernthal), but Callies insists that her character made the right decision in whispering in Rick’s ear. “I think Lori did everything she could to handle Shane and did everything she could to manage that situation,” Callies said. “She didn’t tell him to kill him; she told him to watch his back… and she was right… The right man ended up winning that fight.”

3. Brothers reunite! Merle will be back in the fold this year, which will change how Daryl (Norman Reedus) feels about his place in the group. “He’s a guy that’s under the thumb of his big brother Merle, and you can imagine what that would be like,” Reedus said. “Away from Merle, he’s finding himself needed and appreciated… [the] group means a lot to him… he’s finding his way and growing up.” That won’t last long! As for learning about Daryl’s past, Kirkman noted that they won’t be looking back on the series, but you can play as Daryl in the upcoming Walking Dead video game, which features him as a main character.

4. Andrea’s on her own: At the end of Season 2, Andrea was separated from the group and presumed dead. However, she was saved by the hooded figure Michonne. “It’s a very different season for Andrea because she’s separated from the group,” Holden said. “It’s a wonderful journey because she’s met this alpha female and they’ve become very good friends and watching each other’s backs.”

5. Glenn will man up! After struggling last season with facing death, Glenn (Steven Yeun) will finally step it up this year. “I get a very identifiable arc as someone who starts off as a boy and grows up into a man,” Yeun said. “Third season is manning up and doing what he’s supposed to be doing.”

6. How will Maggie deal? Maggie (Lauren Cohan) has lost nearly her whole family, so she’ll be on the defensive when the series returns. “Maggie’s pretty lucky right now because she still has more family left than anybody else does,” Cohan said. “The priority for her is protecting her own… The farm was a walk in the park compared to where we are now.”

7. Comics galore! Walking Dead‘s zombie guru Greg Nicotero will be directing an episode this season. “You would assume that shooting the zombie stuff is second nature, and it is,” Nicotero said. “There’s iconic moments from the graphic novel that appear in my episode… It was challenging.”

A big fan of The Walking Dead television series. In my spare time I enjoy blogging and simply hanging out. Oh and lets not forget, Go NY Giants!
You might also like
Comic-ConPremiereTV Series