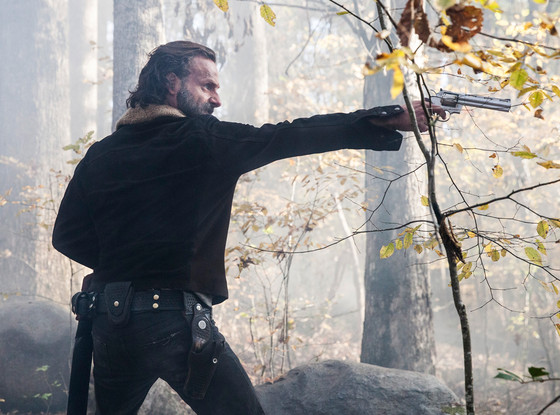 Doesn’t it seem like The Walking Dead Episodes just fly by? AMC appears to have listened to complaints they seem too short, beefing up the season finale to 90 minutes.

This news comes from a tweet by Entertainment Weekly writer Dalton Ross.

Ross’s statement is backed up by a tweet from TV Guide attributing the info to AMC, so it seems to be official.

The season finale airs March 29 at 9 p.m. on AMC. The title has yet to be revealed, but we know it will be directed by executive producer and special effects guru Greg Nicotero.

FTWD Solid In Season One Finale Ratings
Be the first to comment!
Leave a reply »