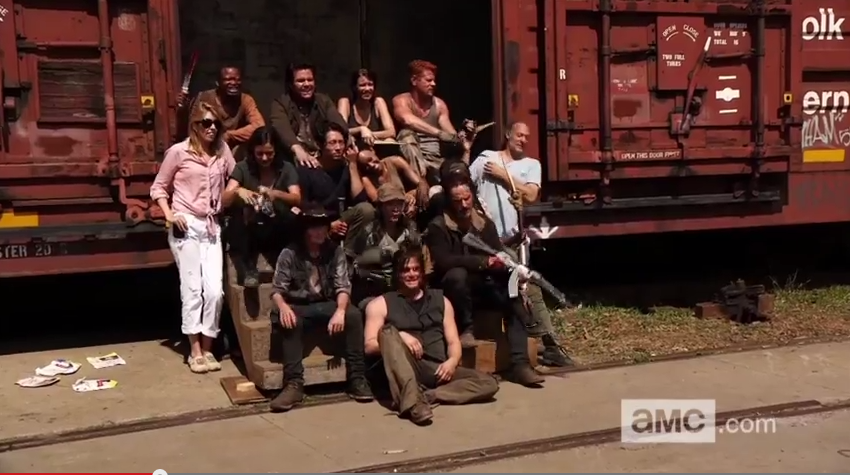 In advance of its upcoming “Dead, White and Blue” marathon, AMC has released a “Greetings From the Set” promo video to hype The Walking Deaad season five. It’s nice to see the cast out of that traincar and getting some fresh air.

Though no details of the first season five episode are spoiled, the cast and crew promises the premiere will be something special.

Andrew Lincoln (Rick Grimes) also said fans are in for something cool.

“It’s the most ambitious first episode I think we’ve attempted,” he said.

You can also see lots of walkers in the video and the promise of some brutal violence. Lauren Cohan (Maggie Greene) at one point wonders aloud if some of the stuff they’ve shot will make it on the air.

If you can’t see the welcome video in your country, try this link.

AMC also uploaded a “Props, Kills and Explosions” video with some cool behind the scenes looks at the show’s production, and some funny complaints about Georgia heat.