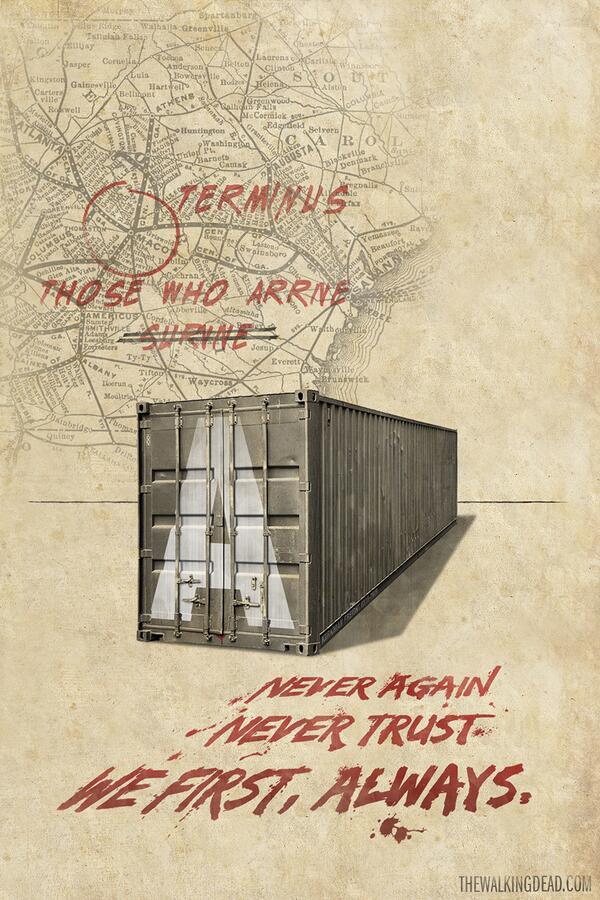 E! Online’s Spoiler Chat roundup claims to have a preview of a new character who will be appearing in The Walking Dead season five.

Our gang may have been in a tight-spot when we last left them, but Rick and Co. are going to be recruiting as many people as possible in order to get revenge on those man-eating freaks who run Terminus. One of the allies we’re most excited to meet is 17-year-old Burton. He may be young, but he’s already suffered great tragedy when lost his leg. Luckily Burton does not let his disability keep him down, and his positivity is infectious to everyone else around him.

No word on who will be playing Burton if this spoiler turns out be true. And the spoiler item straight up calls the Terminus residents “man-eating freaks,” seemingly confirming the cannibal theory.

Here’s the other spoiler this implies, though.

In The Walking Dead comics Chris, on whom Gareth seems to be based, and the Hunters have a novel solution for keeping meat fresh. They cut it off living people one limb at a time. This is how comic book Dale loses his remaining leg, although the joke was on the Hunters because Dale was already infected. 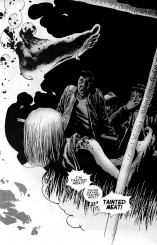 If Burton lost his leg that way, it pretty much confirms the Terminus are cannibals theory, and now it makes much more sense that they would put the survivors in train cars. So, is Rick finally going to lose that hand?