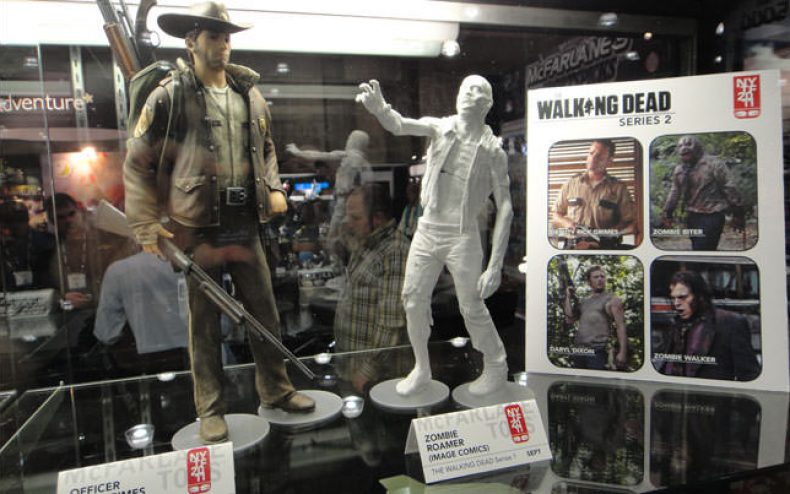 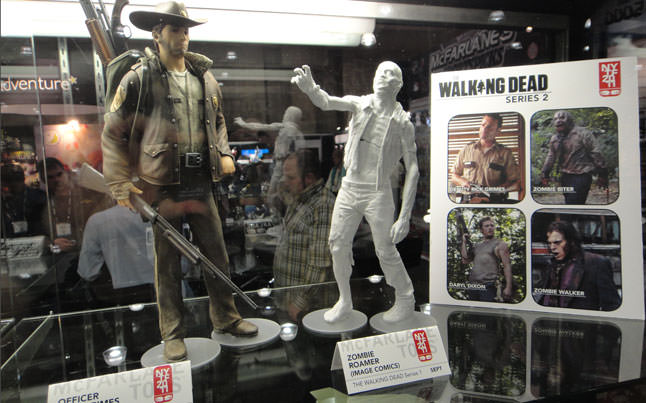 The Walking Dead has come to an end for now, but there are still plenty of things for fans to rant and rave about. According to Dread Central, McFarlane Toys announced which figures would be included in their second set, which are set to go on sale in October of 2012. The announcement was made during a recent toy fair held in New York City.

The figures will come with accessories and can be customized in a variety ways. The second set will have the following figures once released later this year.

Rick Grimes 2 – The small-town sheriff-turned-hero and leader of the survivors during the zombie apocalypse, Rick continues to struggle with his moral convictions in Season Two. Rick will be featured as a brand-new sculpt in his civilian attire, prevalent in Season Two.

Shane Walsh – Rick’s partner and loyal friend became the antagonist of Season Two. Shane will be featured in tactical attire with his newly buzzed haircut.

Bicycle Girl Zombie – The maimed zombie girl shown crawling next to her bicycle in a park turned out to be one of the most iconic zombies from Season One. She is also the first zombie Deputy Rick Grimes encountered in the series opener.

Well Zombie – A rotten, bloated zombie surprise resting at the bottom of Hershel’s water well that the survivors eventually attempt to hoist out by using Glen as bait. This is by far one of the sickest looking zombies seen yet on the series, and this figure is one dead-on, stomach-churning replica.

RV Zombie – During the opening scene of Season Two, one of the most intense scenes happens as a mob of flesh-eating zombies swarm the group. Unaware of the flesh-eating zombie onslaught, Andrea becomes trapped in the recreational vehicle when one climbs aboard. Under attack from this “RV” Zombie, Andrea fights back, stabbing the zombie in the eyeball with a screwdriver.

So while we have a long time to wait till season 3 of The Walking Dead, we can keep ourselves entertained by keeping an eye out for collectibles like these. Get out there, and try to grab the first set, as the next set of figures will be here before you know it.

A big fan of The Walking Dead television series. In my spare time I enjoy blogging and simply hanging out. Oh and lets not forget, Go NY Giants!
You might also like
FiguresMcFarlane Toys