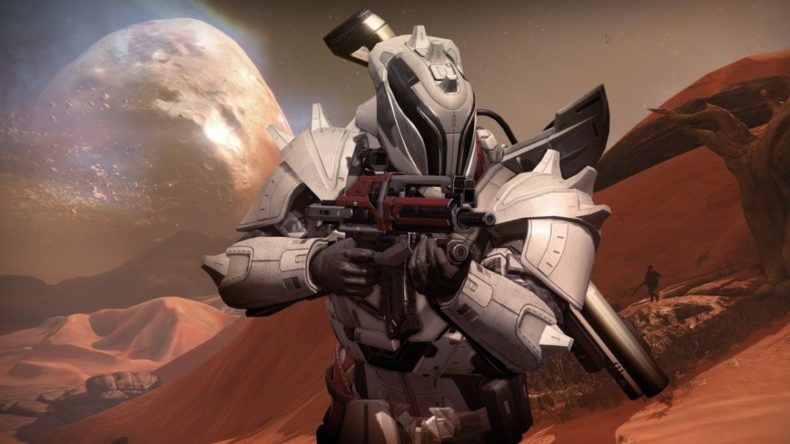 This IGN video shows a huge newly discovered secret area in Destiny and the complicated steps to get to it.
The area is accessible by running through a very high window in Destiny’s Black Garden, although it’s a lot more complicated than it sounds because getting to the window itself takes a lot of counter-intuitive jumping and running around.
Once you’re in you find a void and what looks like some unfinished areas and floating rock formations. At least one of these actually includes a cave entrance that opens into an unpopulated version of a level on Mars.
So, what is it? Assets the game uses somewhere else? Cut content? A hint at upcoming DLC? For now, who knows. But if you want to try to figure it out, get to hopping and explore it yourself.