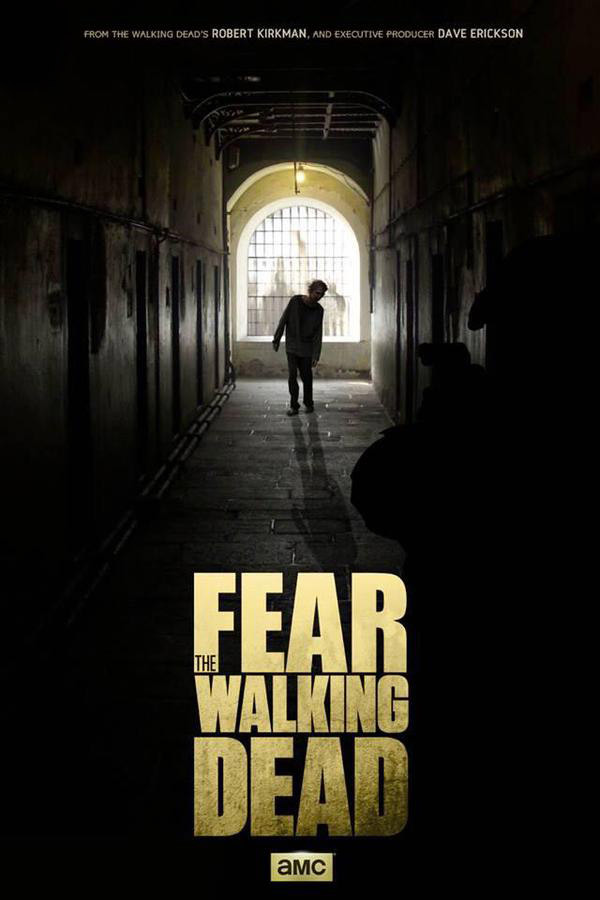 Every day we inch 24 hours closer to the August premiere of Fear The Walking Dead, AMC’s new Walking Dead spinoff. We’re close enough now for promo material to start trickling through, and this is the first drop:

This is a dark abandoned hallway somewhere in Los Angeles, only populated by a solitary Walker. Note that the zombies in this series will be less far-gone than the ones in the main show, as it takes place earlier in the timeline. We’re not close enough to see what that’ll exactly look like — yet.

In addition to the poster, we have new casting news! Colman Domingo, whose acting credits include the recent “Selma,” will appear this season as “Strand,” described by Deadline as a “smart and sophisticated man with a mysterious past.” He joins confirmed cast members Cliff Curtis, Ruben Blades, Kim Dickens, Alycia Debnam Carey, Mercedes Mason, and Frank Dillane.

Fear The Walking Dead will be produced by Robert Kirkman, Gale Anne Hurd, Greg Nicotero, and David Alpert, and Dave Erickson will serve as executive producer. Look for it this August on AMC.