See The Trailer For Next Tuesday’s iZombie Episode 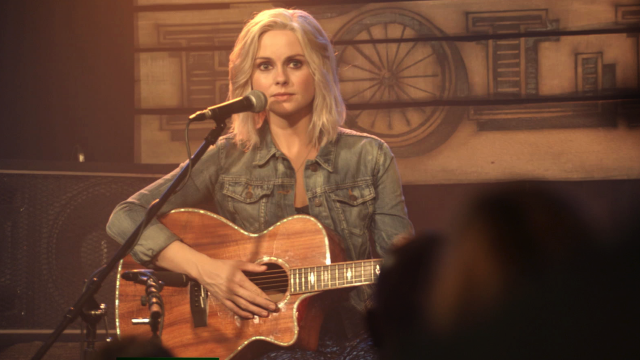 This season Liv has taken on the brain-traits of a frat bro, a cantankerous fogey and a high-society housewife….who knows what will come next? We know, because we have video proof. Check out the newest iZombie trailer below, and don’t even think about skipping it.

“iZombie” Episode 2.04 – “Even Cowgirls Get the Black and Blues” (10/27/15; 9:00-10:00 pm)
LIV SINGS THE COUNTRY BLUES — While investigating a case, Liv (Rose McIver) eats the brains of a country-singing waitress. Detective Babineaux (Malcolm Goodwin) meets a female FBI agent who will be working out of their offices.  Blaine (David Anders) tries to entice a former business associate to come back to the dark side. Meanwhile, Peyton’s (guest star Aly Michalka) return is messing up Ravi’s (Rahul Kohli) game, and Major (Robert Buckley) continues his downward spiral. Matt Barber directed the episode written by Deirdre Mangan.

Love and death are the makings of a perfect country song. Catch up on #iZombie: https://t.co/MC2pBpHaY5 https://t.co/u6gE9oTdDD

iZombie airs all-new episodes Tuesdays at 9/8 Central on The CW.