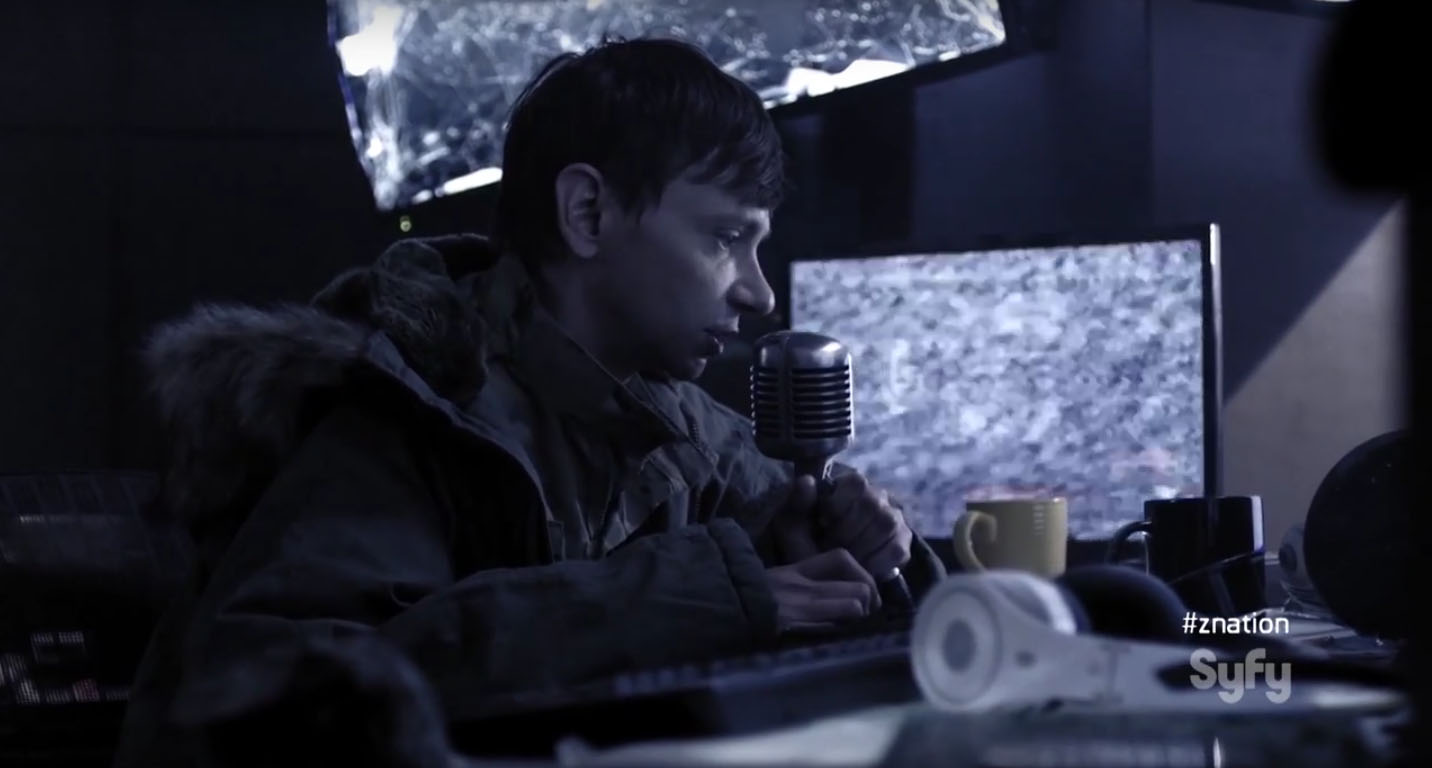 Tonight ZNation returns on SyFy. With Fear The Walking Dead in midrun at the same time, it’s no longer the only place to catch undead-driven chaos on TV and it can no longer lean on that hiatus to attract starved TWD fans who can put up with a little camp while they wait. Can it hold up against the competition? Ratings will tell.

Season 2 picks up mere moments after the nukes launch, and it’s everyone for him or herself when the team splits up and tries to outrun the impending blast. Meanwhile, in the Arctic, Citizen Z (DJ Qualls) finds himself battling thawed zombies and unable to communicate with the team. In a desperate attempt to help them out on their quest to get to California and the CDC, Citizen Z issues an on air bounty for Murphy. Suddenly everyone wants a piece of “The Murphy,” including a mysterious and deadly bounty hunter, Vasquez (Matt Cedeño).

This season the team will encounter new zombie varieties – including “Blasters” (mutated by radioactive fallout) and “Phytos” (a zombie and plant hybrid) – face off against a cartel, discover the existence of “Z-Weed,” witness a birth, and more…

SyFy has released two speak peek clips of tonight’s events. Check out both of them below….

The Walking Dead: World Beyond Premieres April 12
Be the first to comment!
Leave a reply »