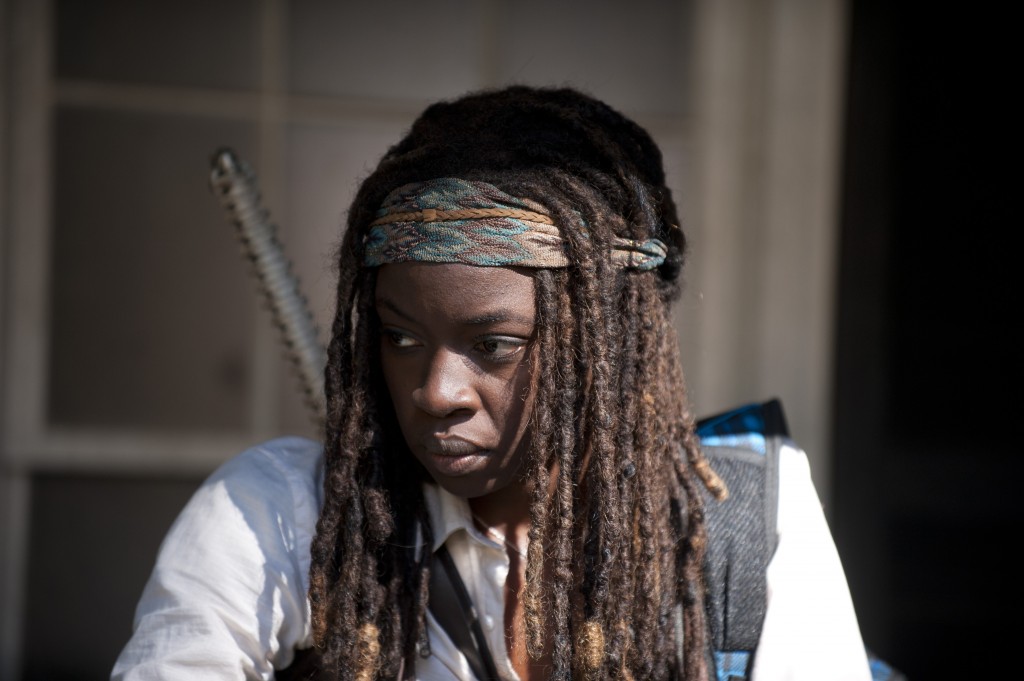 If your’e the kind of person who likes to go into the show as pure as the driven snow, be warned that their are some light spoilerish hints in the material in this article.

Lots of early looks out there for this Sunday’s upcoming The Walking Dead episode. In addition the moment with Rick and Michonne above, AMC also shared these two images of Eugene and Michonne. 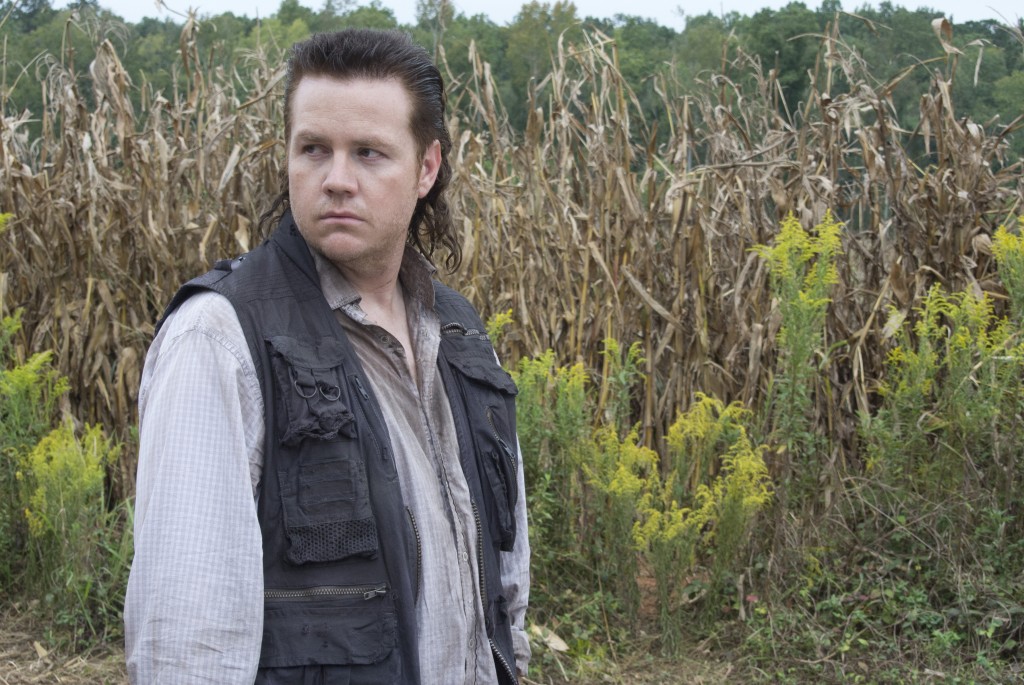 And Entertainment Weekly has two more photos of Carl and Michonne and some hints as to what is revealed when “Michonne and Carl are going to embark on another epic journey together to gather supplies, while a restless Rick tries to gain his strength back at the house. ”

However, if you’re expecting the sword-master’s background to be exactly as it was in the comic books—think again. The Walking Dead Executive Producer Gale Anne Hurd revealed, “Obviously, as with everything in our show, there are changes from what’s in the comic book, but it’s clearly an element [that we’re going to explore].”

Hurd also said you shouldn’t expect Carl, Rick, and Michonne to immediately head out to look for our other survivors.

“What they have to do is put their own safety first. That’s paramount at this point. You always have to weigh what’s expedient, what’s safe, and what it is you’d really like to do, and that’s part of the decision making tree that all of our characters face in the separation,” Hurd said.